PC Gaming Week: How does your PC compare to TechRadar's towers of power?


Although we spend our time delving into the latest tech trends here at TechRadar, the majority of us aren't master gaming PC builders. But we do love a challenge, and there's nothing more satisfying than concocting a pixel-crunching battlestation out of a basket full of parts and a heady dose of gaming love. On these pages you will discover what machines TechRadar's writers use, how we put them together and why we went for the parts that we did.

Of course, we're not only ones tinkering with towers at Future. Our sister titles Maximum PC, PC Format, Linux Format, Gizmodo and Linux Format are are just as (if not more) savvy with a scewdriver, so for a more complete picture of how to approach building a gaming PC, we've included their rig rundowns too.

You never know — it might just give you some ideas of your own...

Because I live in a one-bedroom apartment that another human also occupies, and I would like that human to remain my fiancée, I'm rocking a smaller mini ITX PC that doesn't dominate the two-person desk in our living room. I also didn't want to spend much more than I would for a console.

So, inside the Cooler Master case is an Nvidia GeForce GTX 750Ti, Intel Core i3-4130, 4GB of DDR3 RAM, a 128GB SSD (for my OS and most-played games) and a 500GB hard drive for the rest. While it can't manage the latest games at their highest settings, it gets me through World of Warcraft and the average Steam sale just fine.

You need a sick rig for your PC gaming kick and what's better than a system you've built yourself. Her name is Freya (yes, I named her, and you can see a pic of her at the top of this article). I built her a few years ago, originally built on an Intel Core i5 3570K platform paired with an Nvidia GTX 670 and 32GB of RAM.

Earlier this year I did a bit of sprucing it up by swapping the video card for a sweet new Nvidia GTX 970 and added a Corsair H75 all-in-one liquid cooler.

As the Deputy Editor on PC Format I am in the enviable position of having access to all kinds of glorious high-end PC hardware. So, be prepared for some geek-envy… The heart of my gaming machine is the ludicrous-speed Intel Core i7-5960X, a brutal eight-core processing monster, with 16GB DDR4 memory running at 2,400MHz.

That's sat in an Asus X99 Deluxe with a brand new Nvidia GTX Titan X doing the graphical grunt work. My Steam library is cosy on a 1TB Samsung 840 EVO SSD and all that's packed inside a Corsair 780T chassis. I'm a happy PC gamer with my 28-inch 4K G-Sync monitor too.

Since my last PC died, I've had to turn to my MacBook Pro any time my PC gaming desires need fulfilling - great if I'm in the mood for some Hearthstone or Papers, Please, but I wouldn't dream of playing anything more demanding.

So I've been very fortunate to have had the opportunity to test drive a Titan Riptide that Overclockers were kind enough to send me over for a while. Or, as it's fully described on the website: The Titan Riptide Intel Core i7 5930K @ 3.8GHz OC Six Core Haswell-E AMD Crossfire Gaming PC.

Yes, this is a beast and a half - and then some. With an AMD Radeon R9 290X, this thing doesn't just do the job, it sings. Handing back the keys is going to break my heart.

The console life was getting stale, so I decided to build my own gaming PC. I wanted it to at least be able to punch up to the performance that the next generation of consoles could push out, but I also didn't want to leave myself penniless. The build I settled on contains an Intel Core i5-3550P, the budget-friendly Nvidia GTX 960, 8GB of RAM and a 1TB hard drive. To boost things up, I recently updated to a 240GB solid-state drive. All in all, my build totally gets the job done, and some.

My rig's a custom-built tank of a machine that has some ageing parts, but still manages to play 80-90% of games on High or Very High settings. Inside it's rocking an i5-3750K processor, 8GB of DDR3 memory, an Nvidia GeForce GTX 760 GPU and a 1TB HDD. Big updates coming down the pipeline are an SSD and a further 8GB of RAM.

I'm currently between gaming PCs having sold my old rig some time ago with the intention of plumping for a dual or triple-GPU dream machine this summer. Until then, the PC Specialist Cosmos II is proving more than adequate for bouts of TF2 and escaping into the sprawling mountains of Skyrim on a weekend.

I've always been a PC gamer at heart, and so I try to keep up with the latest tech. At the moment my rig comprises of an Intel Core i7 4770K processor running at 3.5GHz, 16GB of RAM and two Nvidia GTX Titan Blacks in SLI. I've also got two SSDs, a 128GB one for Windows 8.1 and essential programs, and another 256GB one for games.

A 2TB hard drive keeps the rest of my games and documents. Although some of the components aren't as cutting-edge as they once were, it's still a formidable machine, especially when playing games at 1440p.

Living in small city studios doesn't really allow for a large rig setup so I'm glad I bought a massive Origin EON17-S gaming laptop a couple of years ago. It's done superbly and only recently started to show its age. I picked a build consisting of an Intel Core i7-4800MQ, 16GB of DDR3, Nvidia GTX 780M and a 1TB hard drive. It's still able to run almost all games on ultra but the last game I beat, Dragon Age: Inquisition, had to be kicked down a notch.

I'm currently mucking about with the ace PC Specialist Vanquish Pro-X, kitted out with an Intel Core i7-4790k running at 4GHz, 16GB of RAM and a meaty Nvidia GTX 980. There's also a 240GB SSD tucked away inside, alongside a 2TB hard drive, because I can't waste valuable seconds on boot-up times when I'm gearing up to have my face blown off in Crysis 3.

Sadly, I don't think even a Titan X could make me any better at Counter-Strike, which sees me doing my best "Platoon death scene" impression practically as soon as I spawn. 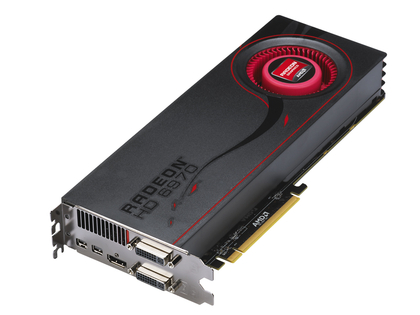 I'm currently enjoying the thrills of now over 1000 titles available for Linux through Steam OS. It's easy enough to dual-boot with my many other Linux operating systems.

My gaming system might be a little older in the tooth, but the Intel Core i5 2500K with 16GB of DDR3 RAM, and the thoroughly mid-range AMD Radeon HD 6970 are enough to keep someone more familiar with the green and black terminal more than happy. Currently I'm parkouring through Dying Light hopping and skipping to zombie-free safety.

I use Digital Storm's Bolt 3 for my entertainment duties. It's loaded to the gills with the best parts — including the Nvidia Titan X, Core i7 4790K and Samsung 850 Pro SSD. The best part of the rig is its design, which is sleek, black and has a huge plane of dark tempered glass covering its side. The Bolt 3's chassis looks great on its side, and it can be used as a home-threatre gaming rig when connected via HDMI to my Pioneer receiver, which is connected to an Epson PowerLite Home Cinema 5030UB.

At the heart of my current home rig is a 3770K CPU, GTX Titan GPU, and 16GB of Corsair Vengeance RAM. My main display is a 24-inch 144Hz 3D panel from Asus, and while I don't use the 3D features at all, I enjoy having super high frame rates (for when 60fps simply won't do). I also have a separate 24-inch Dell monitor that's used for productivity work. My GeForce GTX Titan may seem like overkill for a 1080p display, but I'm also playing around with an Oculus Rift DK2, which has demos render 1080p scenes twice for each eye, and demands experiences to be a consistent 75fps. VR games like space simulatorElite Dangerous really put my Titan to work here.

I wanted my PC to be fairly quiet, spacious and understated, so I went for the Fractal Design Define XL R2, which has a sound-absorbing panel and three 140mm fans pre-installed. For the CPU, I opted for something with eight threads, so I went with the Intel Core i7-3770K. It gets me better performance than AMD's FX-8350 and draws much less power. I went with the MSI GTX 980 Gaming 4G because I wanted something beefy, but didn't make a lot of noise. The games I game on it include Cities: Skylines, Sim City 4, and I've been dabbling Star Citizen too.

My machine at home is a something of a Frankenstein monster that I built in early 2014. It was made from both new-ish parts and ones cannibalised from my old desktop built in 2010. I play, in addition to doing photography work, so I needed a card that could render decent frame rates with some RTS and FPS games I could find on Steam. Primarily, though, my goal was to create a midrange digital workstation to produce media.

I've been an AMD builder most of my life, so I oped for a decent mid-range FM2 chip to do the number crunching, and settled on an AMD A8-5600K Trinity Quad-Core 3.6GHz. On the video side, I use an EVGA GeForce GTX 550 Ti, which was a solid card, and can still play many games at a decent frame rate. While it's still a great card for what I paid, the 550 Ti doesn't support many of the latest features of Nvidia's drivers and software.