In depth: How to build the ultimate Steam Machine on any budget today


How long ago was the first batch of Steam Machines announced? Ages ago — that's what. You could be forgiven for forgetting that Valve launched its concepts alongside a slew of promised machines from partners as those machines have yet to see the light of day. Or, more realistically, the light flickering from your 42-inch telly.

We still have months to wait too. There's a shop page up on Steam with a long list of systems, but you won't be able to buy them until November.

For now, you can salivate over these Steam machines coming in 2015, but with your eyes only.

Anything but a pipe dream


We're getting so fed up of waiting for the commercial versions to go to market, that we decided to look at how viable it would be to build one ourselves. Our verdict? It's a lot easier than building a PlayStation 4 or an Xbox One.

Then we got a bit over-excited and came up with not one hypothetical build, but three...

Firstly there's a truly budget games machine — The Bargain Beauty — that you can build for just over £200 (around US$298, or AUS$391). After that, a machine that's priced to compete with commercial Steam Machines — the Marvellous Midranger. Finally, there's one a gamer build — the Gamer Grand — for (you guessed it) under a grand.

Here's how we did it.


Steam Machines are Valve's reimagining of the gaming PC. Running the Linux-based SteamOS, they take your games as close to the metal as it's possible to get outside the console arena.

Even though the first commercially available units won't ship in the US until November, you could be firing up your own Steam Machine up tomorrow (depending on your competence with a screwdriver and the availability of parts).

That's the thing about Steam Machines - they're essentially just PCs. Not just that, there are with fewer parts to worry about than regular PCs. There's no need for optical drives or a dedicated sound card. It's doubtful you'll need to install esoteric ports or additional storage. Piecing together the Millennium Falcon out of Lego is more difficult than building a Steam Machine. You'll just need these bits and pieces:


You'll need a game controller too, but lets assume you have one lying around - or at least have a keyboard and mouse - until Valve's own Steam Controller becomes available. As for a monitor? This build is designed to connect to your TV via HDMI, so there's no need.


If that diminutive part list isn't enough incentive for tinkering-minded early adopters, here's another interesting morsel for you to chew on. You can build a DIY Steam Machine much more cheaply than you can buy any commercial model. In fact, our cheapest build clocks in as cheap as a Chromebook.

There's one thing to keep in mind. While Valve's specifications for SteamOS are incredibly forgiving (the minimum is a current Intel compatible CPU, NVidia, Radeon or Intel graphics and 4GB of RAM) - PC games may be more demanding of power.

So, when you piece together a build it's worth consulting the specs for games you hope to play and making sure that your build matches or, preferably, exceeds what they ask for. Just head over to Steam's website.


To get the best price for our components we used PC Part Picker. This handy tool helps you put together your own computer build and prices up the bits and pieces for you. If you're really desperate to make sure that you have the best bargain possible, you can follow that up with a visit to price comparison service Google Shopping.

Our builds are hypothetical; we didn't build the machines we designed - but we did make sure that the components were compatible throughout the build, that the power supply scaled to the parts we used and that there would be enough room to work within the cases we've chosen.


With so few items to piece together, these should be fairly straightforward builds. The two fiddly bits are fitting the CPU and fan, then connecting the power supply to the motherboard and components.

With the former, slotting in an Intel Core-i3 or i5 chip is much easier than in olden days when one bent pin could ruin your build. The LGA 1150's Zero Insertion Force socket means your CPU should drop into place, then lock in.

Another quick tip; instead of trying to evenly spread thermal paste over the top of the CPU with an old credit card, try just adding a blob in the middle before you connect the cooler to the board. A combo of heat and contact should help the paste get to where it needs to go.

We also recommend adding components to your board, connecting up the power supply and testing the build before you screw it (or more likely, snap it) into place. It's much easier to reposition power leads or seat components when the motherboard isn't bolted down.

Finally, unlike a standard PC build, there's no need for Windows at all. There's nothing to stop you from creating a dual-boot system - but there's little need. SteamOS can be installed from a USB key once you've built your machine and it's free.


Our budget build is as low as you can go. We scoured the web for the least expensive components and the result is - we think - the cheapest, functional steam machine that money could buy.

In reality you can expect the actual shipping price of the SBX Steam Machine to be closer to £400 (around US$597 or AUS$782) once you factor in VAT and other extras. You'd have to wait until November for the SBX though. You could have the Techradar Bargain Beauty build tomorrow.


Keep in mind that to stay on budget we've cut corners that you'd usually be crazy to touch. It scrapes the bottom of the spec with minimal RAM and uses one of the cheapest mobos we could realistically get away with. But the clearest indication that we've gone absolutely bonkers is that there's no graphics card.

Yes, we're relying totally on Intel's integrated 4600 HD Graphics to fling pixels and polygons at you fast enough. Still, this build should give you enough power to run a good percentage of current (and last generation) games. We've seen Watch Dogs, Wolfenstein: The New Order, Far Cry 4 and others run on Intel 4600 - so we know it's do-able. It's just not desirable, especially with just 4GB of RAM.

Too poor for your blood? You could throw a budget Geforce GT 730 into the mix (at around £60 - around US$90 or AUS$176) and still have change from £300 (around US$448 or AUS$587). And that's the saving grace of the Bargain Beauty build; there's room for expansion. If the buds of post-recession growth have yet to reach you - this is a do-able foundation you can add to later.


When we began pricing our second build, we tried to stay within console territory. Then, as we assembled the components it became apparent that we'd overstretched our ambition a little. Besides, we covered that in a previous article.

So, we amended the aim. What we arrived at was an affordable Steam Machine suited to contemporary PC games. In power terms, it matches several machines announced for November release - from names like Alienware and Scan - while undercutting the vast majority on price.


At the centre of this build - and the biggest outlay in cost - is Intel's quad-core i5 4460, running at 3.2GHz. Console gamers may scoff at quad core, with their fancy, bespoke octa-chips. With PC gaming though, there's little point in flinging any more than four cores at a game. PC developers don't program for multithreading in the same way, so returns diminish quickly.

We've picked an NVIDIA 750 Ti-based card for graphics. It's chosen for balance of price and performance, but it's a card with plenty of life left in it. And the beauty of a DIY build is that there are more powerful upgrade options available when you have some spare cash.

We chose to spend a bit more on memory this time around too, paying for two 4GB Corsair Vengeance sticks. That's 8GB of high quality, 1600MHz DDR3 RAM - but stopping short of maxing out our MSI board. We still have an eye on those Steam Machine launch prices, after all.

And while we're on the subject - that motherboard is a slight compromise. It's a board that reviewers like but, free of frills, comes in well under a hundred notes. There'll be no need to flash the BIOS this time around though... and there's a nice synchronicity pairing an MSI board with MSI graphics.

Could we have brought this in even cheaper? Definitely, By spending less on the motherboard and case, we might have saved another £60 (around US$90 or AUS$176) - but we liked the Zalman Z9 Plus. It looks like a gaming machine. Even more when we've had chance to stencil "The Marvellous Midranger" on both sides in luminous blue paint.


We priced our final build in line with the average dollar price of some of the highest-specced commercial steam machines. There are several launching at $1299 (around £870 or AUS$1702). Could we match or better that price with our own build? You bet we could.


This isn't the solid gold plated, triple graphics card, eight core CPU spec we might come up with if money were no object - but it's enough to build a very capable gaming PC for SteamOS.

The workhorse here is the well-reviewed and reputedly quiet NVIDIA GTX 970 - the same choice as several commercial Steam Machines. We're spending three times as much on graphics as our last build to squeeze out the most from triple-A games. 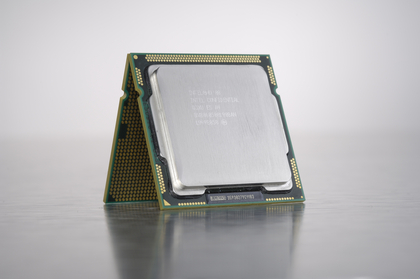 We've also doubled up on RAM again, a relatively cheap way to eke out some more performance. You'll notice that we haven't taken the leap up to i7 for our CPU - or increased the number of cores any further. Again, we gambled that the performance tipping point comes at four cores and anything more would be unnecessary expense.

We have upgraded to i5 though; an Intel 4690K running at 3.2Ghz - and with some room left over for overclocking. This is the first build where we've specified anything more than a stock CPU cooler for that purpose.

As for the case? Our final choice is a more sober affair than the others, designed to reflect the seriousness of the machine. It's the only one without a PSU already fitted as standard. 600 watts should be enough to run this spec, including the 230 watts required for the GFX card, so we went for the Corsair 600W Builder Series CX.

So there you have it — three fanciful dream Steam Machine builds that give you no excuse not to delve into Valve's exciting living room-based world of gaming. Which one would you pick?