As the number of IoT devices continues to grow, keeping them all connected to the internet in an affordable way has proven difficult which is why Napster’s Co-creator Shawn Fanning, Sproutling founder Chris Bruce and Amir Haleem set out to build the word’s first peer-to-peer wireless network. Their company, Helium has created its own hotspot that is used to power the People’s Network. In addition to providing IoT devices with connectivity, the Helium hotspot also rewards its users with a new cryptocurrency that can be used to offset the initial cost of the device.

To learn more about the Helium hotspot and the peer-to-peer wireless network it powers, TechRadar Pro spoke with Helium’s CEO Amir Haleem.

What inspired you and Helium’s other co-founders to create the world’s first peer-to-peer wireless network?


We had a few friends that were building hardware businesses. Everything from counting foot traffic in retail buildings, to connected baby monitors.

They all had the same problem when it came to getting data back to the internet - either you needed a phone nearby, or the sensor itself needed a cellular plan. It was pretty impossible to scale any kind of sensor-based business when the cellular connectivity alone was going to cost $30/mo or more per sensor. What was needed was a low-cost and energy efficient network that was designed specifically for these sub-voice devices, like sensors.

Shawn and I decided to find a way to remove these barriers and this ultimately led us to start building The People’s Network - a low-cost network for IoT that works everywhere, even outdoors.

Who is your target market? What kind of customers will be able to benefit from these products?


Helium is very much like Airbnb or Lyft. We have created a two-sided market. On the supply side, Helium Hotspot owners could be anyone with Internet access at home. We call them Hotspot Hosts or members of The People’s Network. They own and operate the Helium Hotspots themselves, which means they provide wireless coverage for IoT devices surrounding them using LongFi technology.

The demand side of our business are users who benefit from the network. This ranges from IoT hobbyists to large corporations with the need to connect small sensors to the internet. Some examples of companies who are already enjoying the benefits of our network include beverage delivery service company Nestle’s ReadyRefresh, agricultural tech company Agulus, and Conserv, a collections-focused environmental monitoring platform that provides widespread coverage to art and cultural collections to its clients. 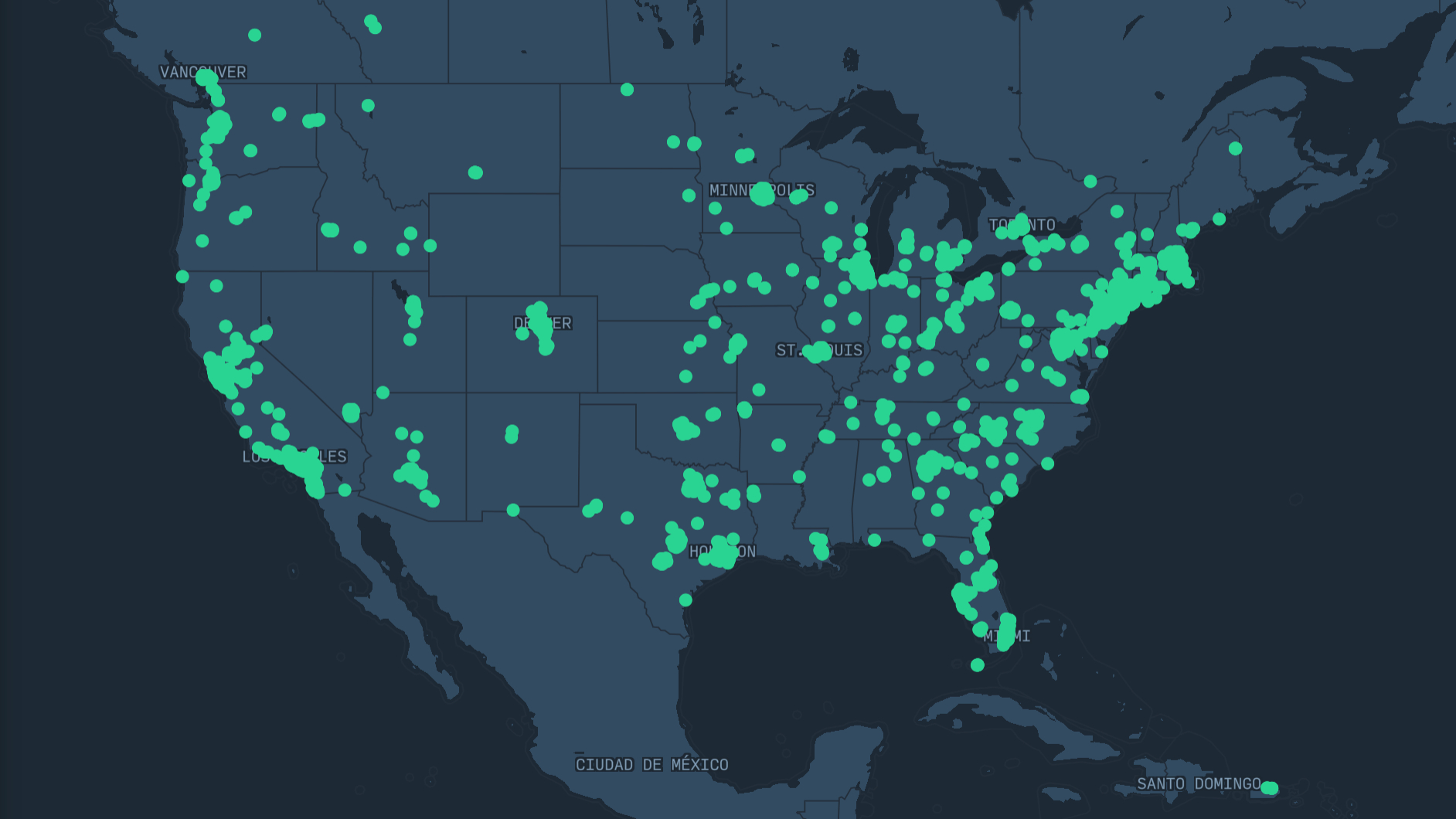 (Image credit: Helium)
Have any cities or communities decided to use Helium Hotspots to offer wireless to their residents yet?


As our network is built by the people, individuals and consumers have so far driven the growth in network coverage across more than 1,000 cities in North America. Many entrepreneurs, who we call Helium Patrons, have in some instances purchased and deployed more than 15 Helium Hotspots to provide coverage in various cities. In some cases they have worked with enterprise users to provide coverage in areas where IoT devices need internet access. This has created a unique symbiotic relationship. Example use case: Conserv and Helium Patrons based in Birmingham, AL.

What kind of security protections are included in the product, and how are you securing your network?


1. The Helium Hotspot has no open inbound ports, which are the most common attack vector for attackers to get into a device. We’ve taken a variety of other safety precautions, including storing the Helium Hotspots private key in a secure hardware element built-in to the device itself

2. Helium devices are hardware secured, deploy a very low data rate, and use 128-bit encryption for all wireless communication. They don't use IP to communicate with the network, making it both hard and not very useful for attackers to use them as attack vectors. We have third party penetration testing done on our technology and we also continuously run bounty programs.

What contingencies have you included for users looking to migrate their existing IoT and other devices to the Helium Network?

Can you tell us a bit more about Helium tokens and what the motivation is for users joining your company’s peer-to-peer network?


Helium (HNT), a new cryptocurrency, is only available from mining via Helium Hotspots. This means that there was no pre-mined supply similar to the way Bitcoin started. Helium Hotspots earn HNT in two ways. First, The Helium Hotspot automatically constantly attempts to prove that it is really located at a specific location that it claims and is providing useful IoT wireless coverage. When Hotspots successfully do this, they earn HNT.

Second, every time the Hotspot transfers data from a LongFi device to the internet, the Hotspot earns HNT. Consumers who understand this concept love the idea that they own and operate the network and are rewarded for sharing their home internet.

Helium is a two-token system. As mentioned earlier, HNT is mined via the Helium Hotspot. For users of the network, it is very easy to use the network. Users buy Helium Data Credits (DC). DCs are like AWS resource credits or airline miles. Users will be able to purchase DCs from Helium Console, any Helium Hotspot operator, or anyone who has HNT. DC’s are created by converting HNT. Once the HNT has been converted to DC, it is removed from circulation, or “burned” as we call it. DCs are non-transferable, and are fixed in value. They can only be used for network transmission of data from LongFi devices to the internet. 1 DC is pegged at a value of $0.00001.

As an example, if you have a LongFi device that transmits every 5 minutes for 365 days, it will cost around $1.04 to use the network. This economics is game-changing for not only for IoT, but the greater telecommunication industry as well. 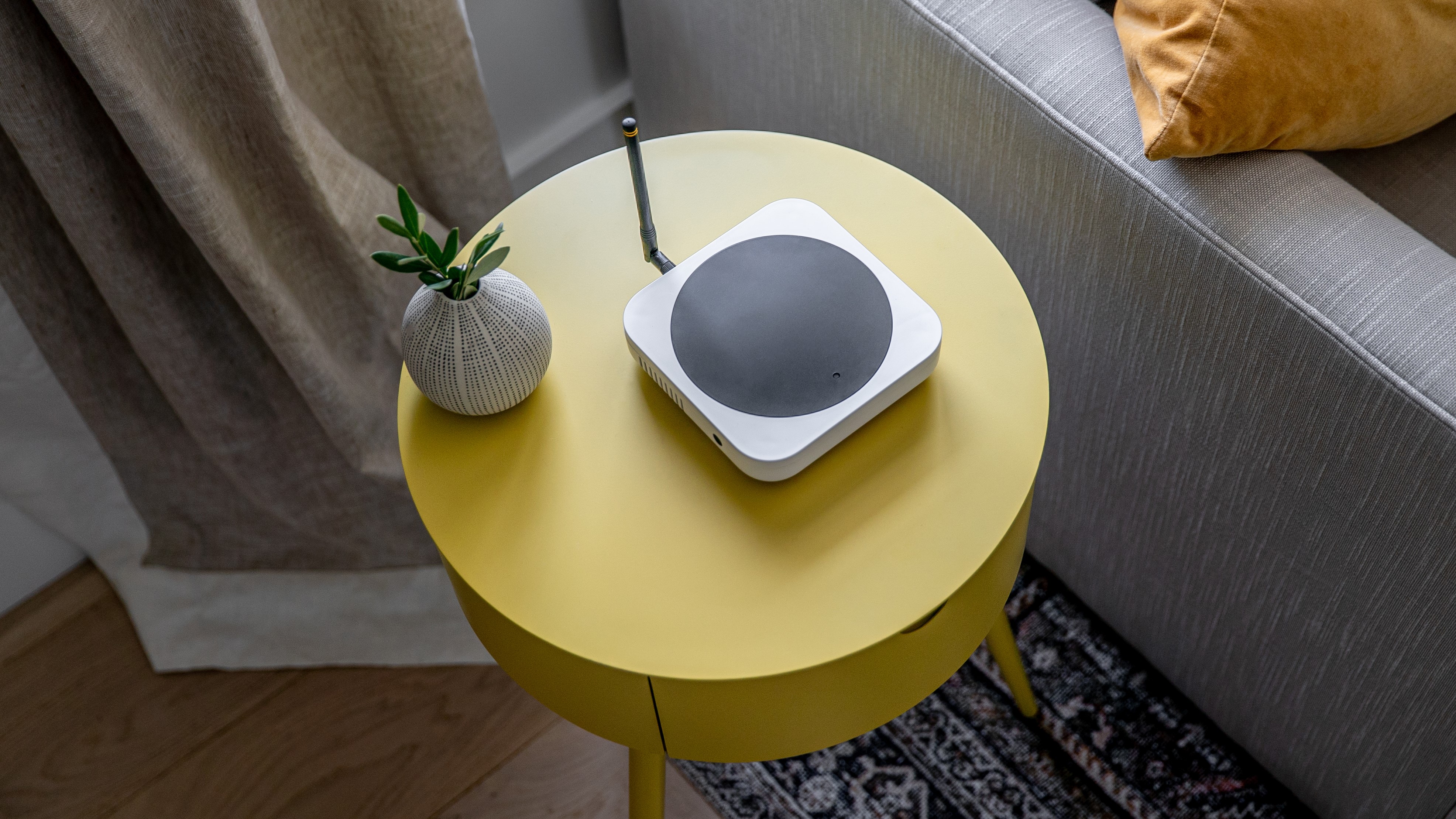 (Image credit: Helium)
What’s next for Helium and are you planning to launch any other devices?


Helium is committed to developing and increasing useful network coverage around-the-world. We believe the economic system created by the Helium Network will drive coverage growth and maintain it over time.

While building the network is crucial, we are also focused on building awareness around the possible applications that this new network brings. We have open-sourced every part of our tech including, the blockchain, miner, APIs, LongFi firmware, and more. The code itself is here and a plethora of documentation is available at our developer portal. Our goal is to reduce all barriers for any IoT device or application to connect to the internet.