Best SSDs 2020: the top solid-state drives for your PC

The best SSDs are light years ahead of hard drives. They’re so much quicker, take less energy and are sturdier than their more traditional, clunkier counterparts. In fact, having some kind of mechanical failure with older hard drives is all too common, making the switch to an SSD that much more of a necessary upgrade.

Since SSDs have been around for a while, getting the best SSD doesn’t cost quite nearly as much as it used to and upgrading to one is not only for heavy users. Even if you don’t have one of the best PCs, you can still take advantage of the speed an SSD affords you. In fact, the best Ultrabooks and the best laptops already come standard with SSDs, and not only for the speed but also for their small form factor.

From the best gaming SSDs for the best gaming PC to the fastest M.2 SSDs, we’ve selected the best SSDs for you to help cut through the clutter in finding the best option for you. Regardless of your budget, there’s something here that will work for you.

Best SSDs at a glance

Samsung is no stranger to creating some of the best SSDs, so when it launched the Samsung 970 Evo Plus with higher speeds and new silicon, even we were surprised. The Samsung 970 Evo Plus is simply one of the fastest drives on the market, but the fact that Samsung is selling it at such a bargain price is just the icing on the cake. Because of how affordable this drive is, it’s not hard to recommend it as the best SSD for anyone.

Western Digital has been busy making a name for itself producing many of the best SSDs and hard drives for a few years now, and the WD Black SN750 continues that tradition, claiming the best gaming SSD throne. This NVMe SSD has extremely high random read speeds of 412.5MB/s, which should make games load before you get a chance to chug some of that Mountain Dew. And, when you consider that this is one of the most affordable NVMe SSDs, it’s easy to recommend it to any gamer looking for a new SSD, whatever their budget. 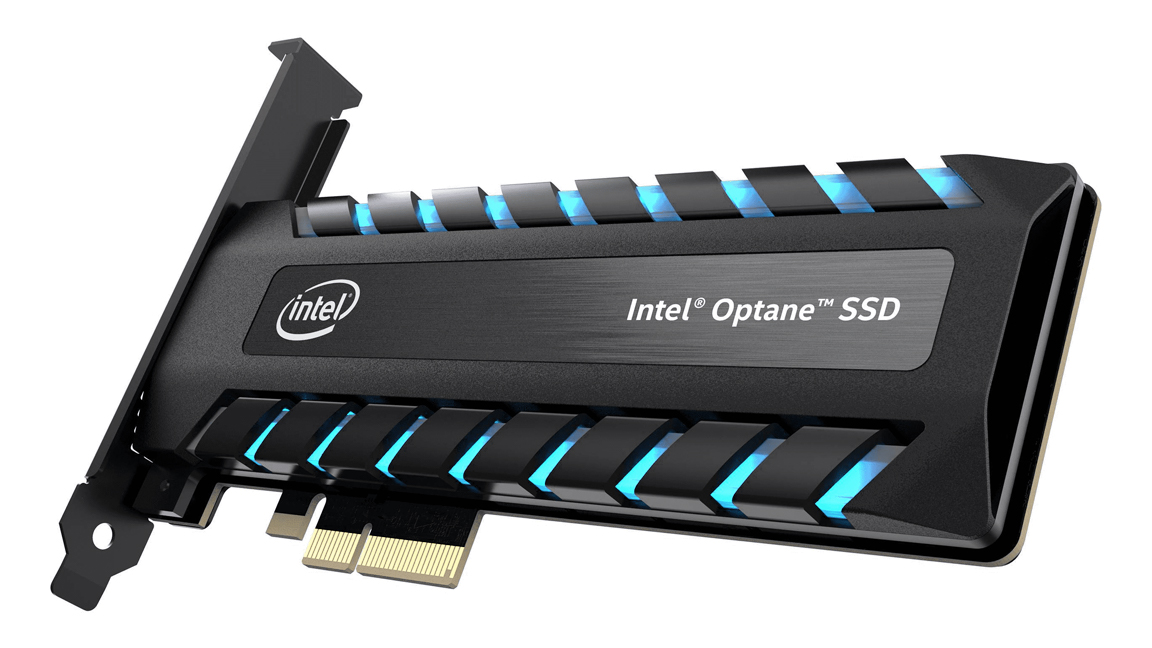 The Optane SSD 905P is hardly a newcomer, but with a random read rated at 575,000 IOPS and random write rated at 555,000 IOPs, it’s definitely one of Intel’s fastest drives. Granted, its 2,600MB/s sequential read and 2,200MB/s sequential write speeds might seem a bit pedestrian, especially next to the Samsung 970 Evo and WD Black NVMe SSDs, that doesn’t stop it from being a fast solid-state drive, not to mention one of the best SSDs on the market. 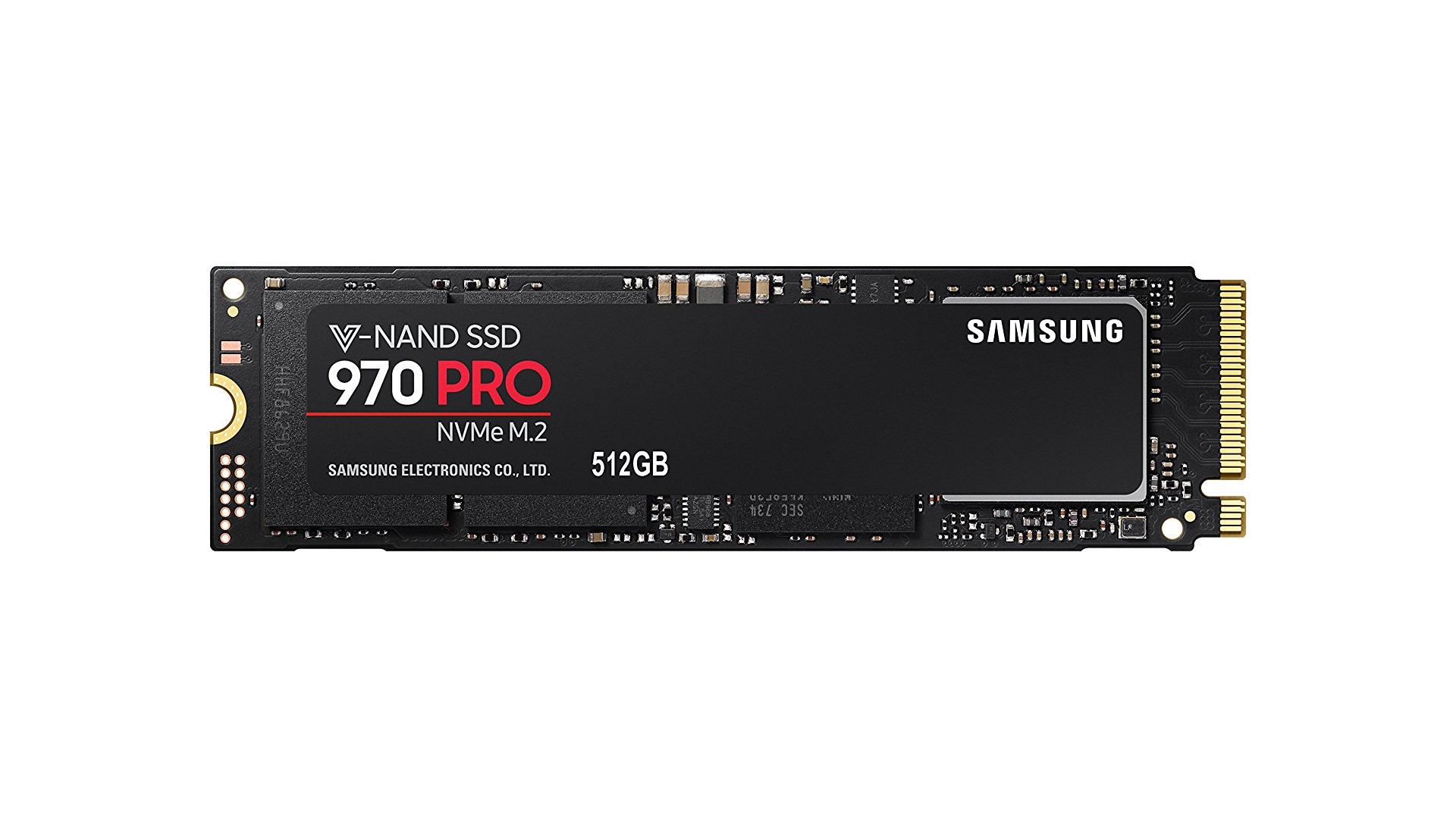 
King of the hill

Again, Samsung has been behind some of the best SSDs that have been hitting the streets for years, and even though other manufacturers like Western Digital and Adata are trying their best to give it a run for its money, the Samsung 970 Evo is still the best SSD you can buy if you’re after raw speed. The read speeds haven’t improved over the previous generation’s 960 Pro, but the write speeds see a significant bump – up to 2,700MB/s – which is how it retains its ‘fastest SSD’ crown. If you’re looking for the best SSDs to choose from, with no compromises, you can’t go wrong adding the Samsung 970 Pro to your list. 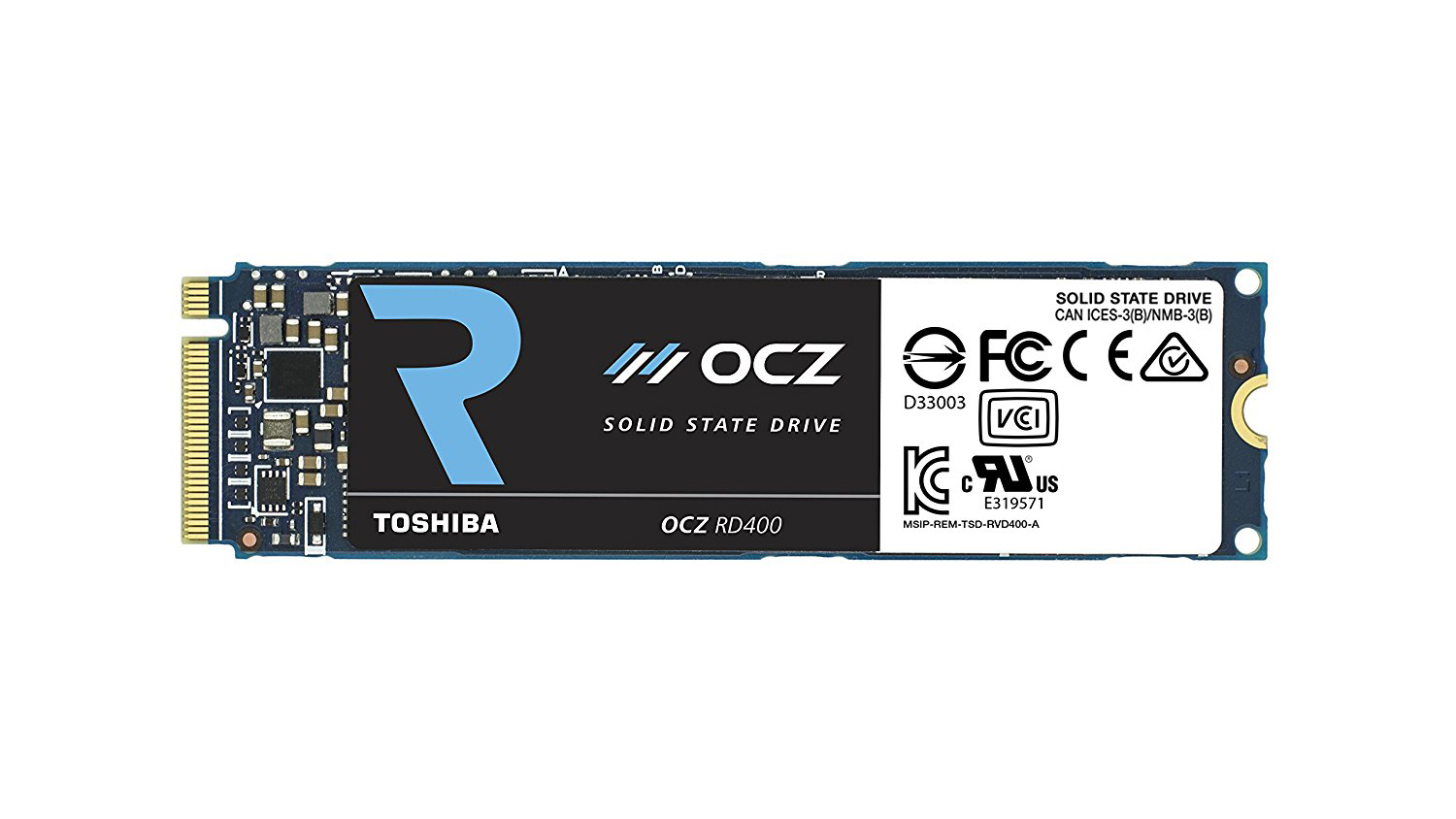 
The most flexible SSD install

If you're looking for several options, looks- and size-wise, then Toshiba OCZ RD400 series of drives are some of the best SSDs to consider. They come in 4 sizes and three different form factors: M.2, M.2 2280, and add-in card (AIC). Not all sizes are in all form factors, so if you're looking for a fast 1TB drive, make sure you have room in your computer case. 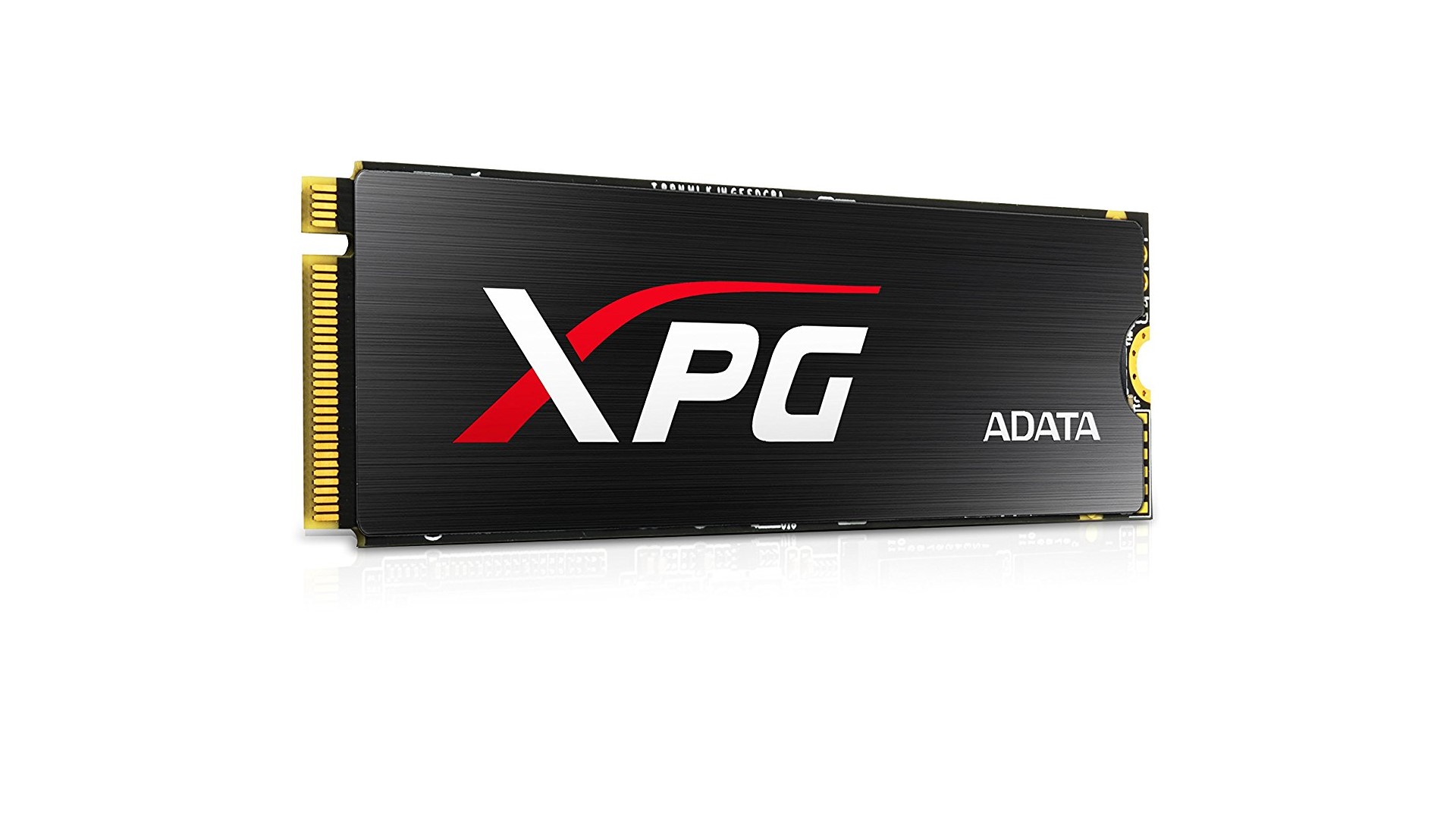 
Performance on a budget

If you’ve been waiting to jump on the M.2 train for an SSD that’s both fast and affordable, you’ve come to the right place. The Adata XPG SX8200 isn’t one of the best SSDs because it’s the fastest drive on the market, but because there isn’t a single drive out there that can match the raw price to performance ratio that it offers. Sure you can get any of the much faster, much more pricey SSDs on the market, but this is the drive we can recommend to anyone. 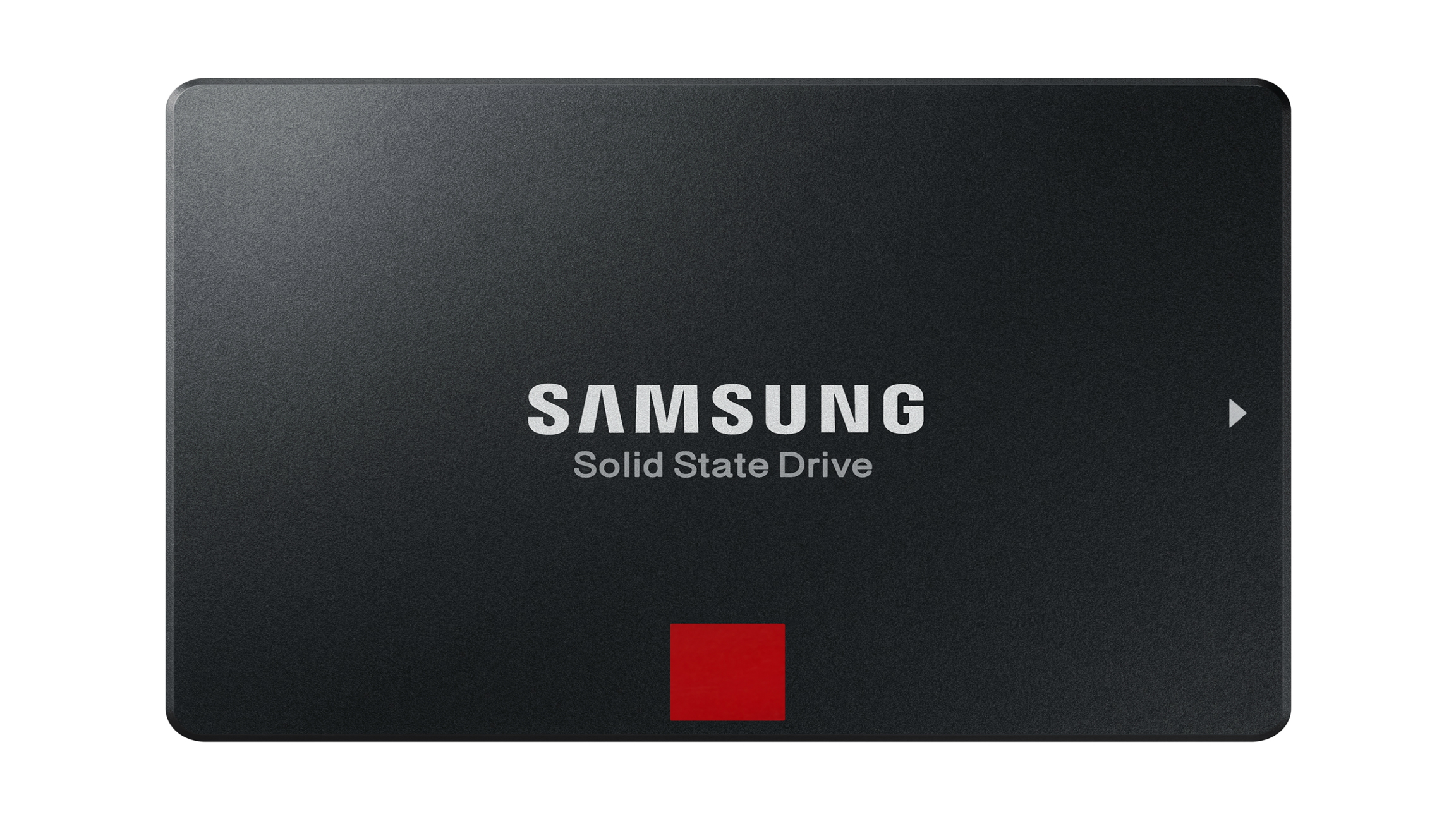 People might not be going crazy about SATA 3 anymore, but the Samsung 860 Pro proves that there’s still plenty of life in the aging interface after all. With storage up to 4TB and transfer speeds that approach the theoretical maximum of the SATA 3 interface – not to mention top-of the-line reliability and security – the Samsung 860 Pro is among the best SSDs for anyone still clinging to SATA 3. 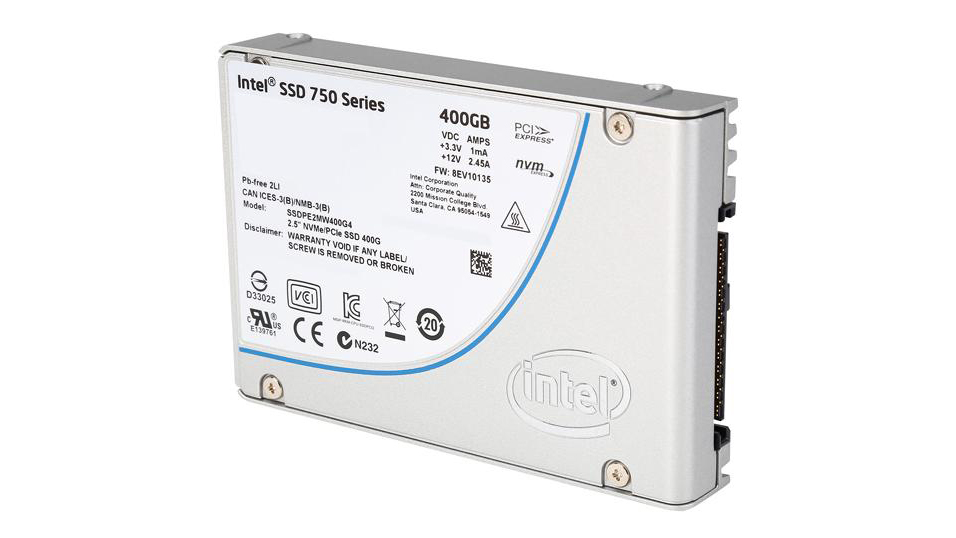 
Wired for the future

The U.2 standard allows for bigger SSD capacities and uses your computer's PCIe x4 slot to send all that data back and forth. The Intel 750 series includes a cable so you can mount the drive in the bay on your case and still plug it into the PCIe slot on your motherboard, making it among our favorite, as well as among the best, SSDs on offer today. 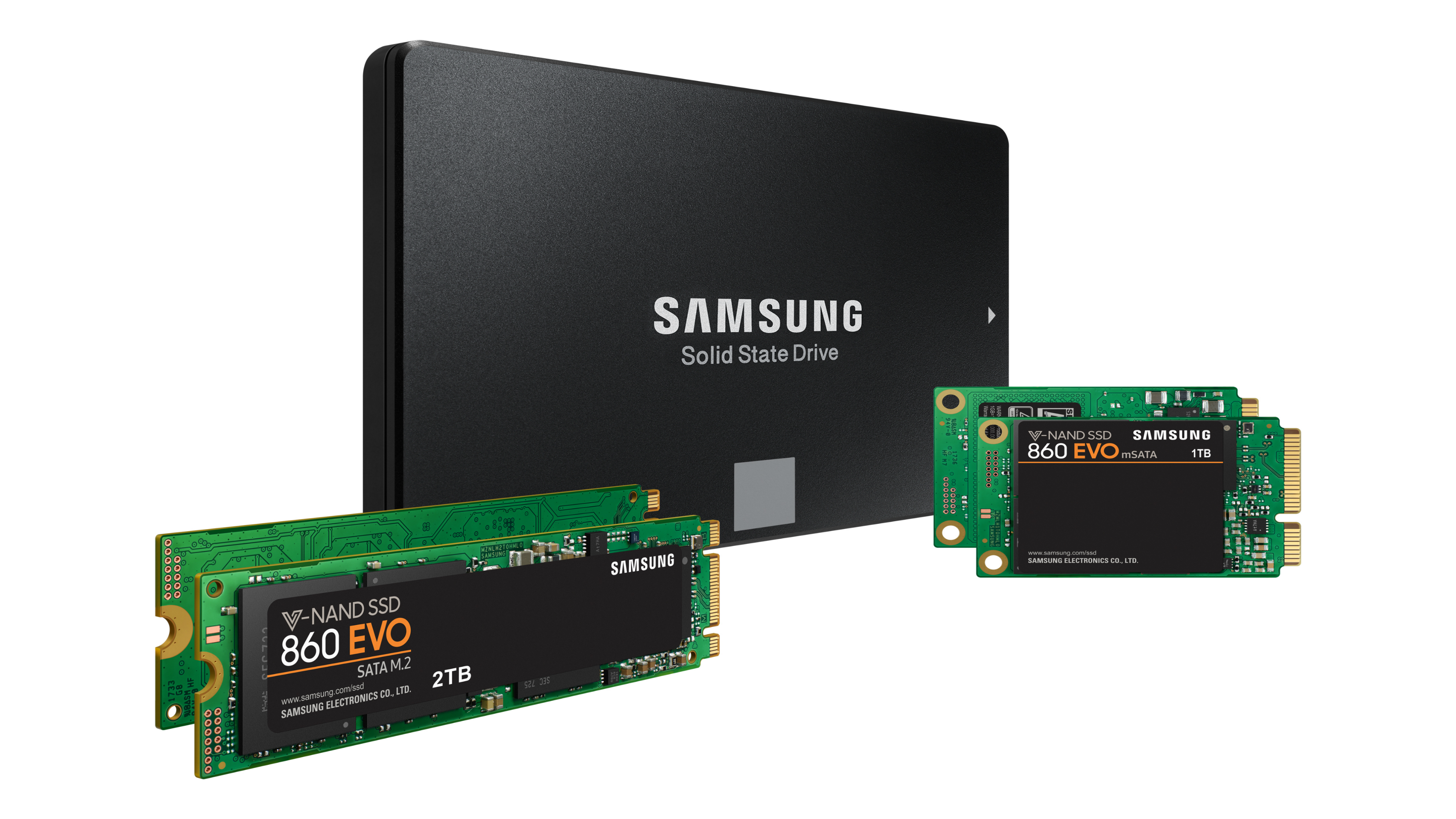 
Astonishing speeds at a fantastic price

Samsung had a hard act to follow – the Samsung 850 Evo was beloved for its stunning performance and affordability. Luckily, the Samsung 860 Evo absolutely succeeded in, well… succeeding it. Though limited by the SATA3 interface, the Samsung 860 Evo delivers performance that iterates on its predecessor with improved read/write speeds and an array of form factors, while still maintaining its budget price. The 860 Evo is, without a doubt, best SSD for anyone looking for an entry-level SSD without having to break open their piggy banks. 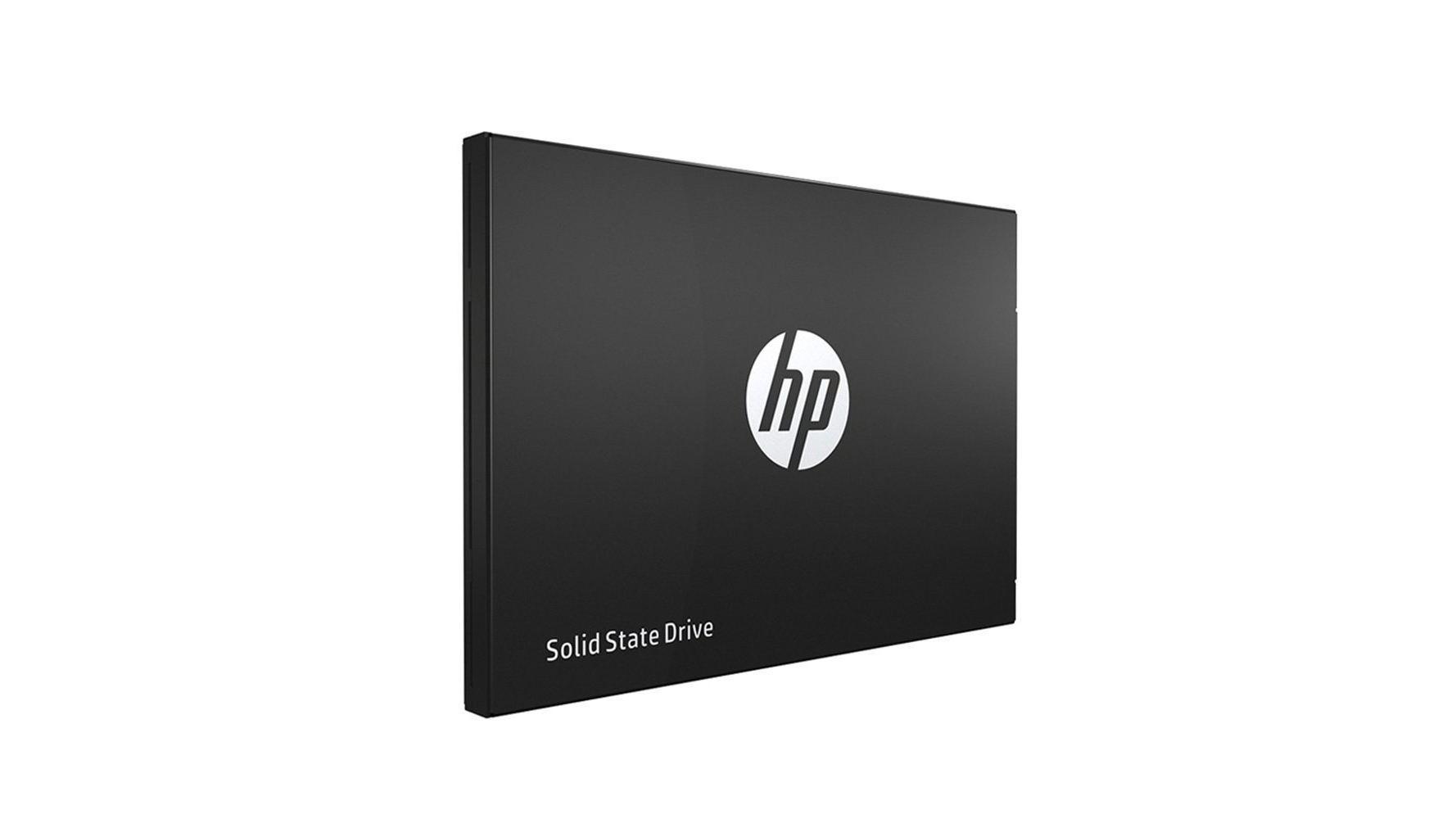 
Tough for anything you throw at it

If you need an SSD that will last through multiple computers, the HP S700 Pro is exactly what you want. Its life will far exceed its warranty, offering up to 2 million hours of use and up to 650 terabytes written. This is one of the best SSDs you can buy if you need something that’s built to last, even if the SATA interface may slow things down a bit in the read/write department, as this technically helps it last even longer. 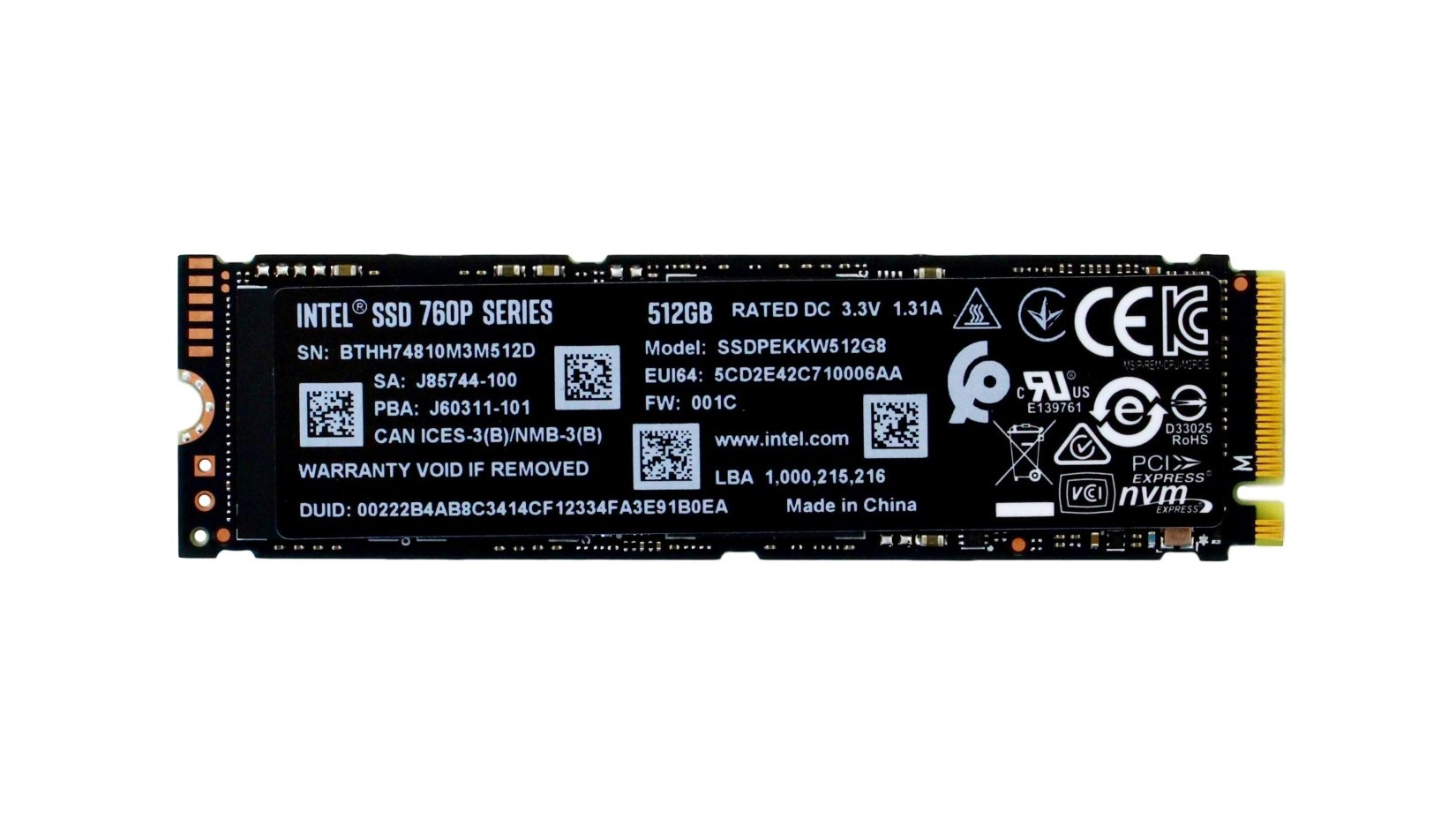 
Amazing performance at an even better price

The best NVMe SSDs used to be way too expensive for most users. But, those days are coming to an end – the Intel 760p Series SSD changes everything. This SSD features impressive performance that’s only slightly behind the beloved Samsung 960 Evo, boasting speeds of 3,056 MB/s read and 1,606 MB/s write. But, what really makes the 760p stand out is the fantastic price to performance ratio. Yeah, there are faster NVMe drives on the market, but you’ll be paying a premium them, and frankly, it’s not worth it. This is one of the best SSDs out there, not just because it’s fast, but because the Intel 760p makes us excited about the future. 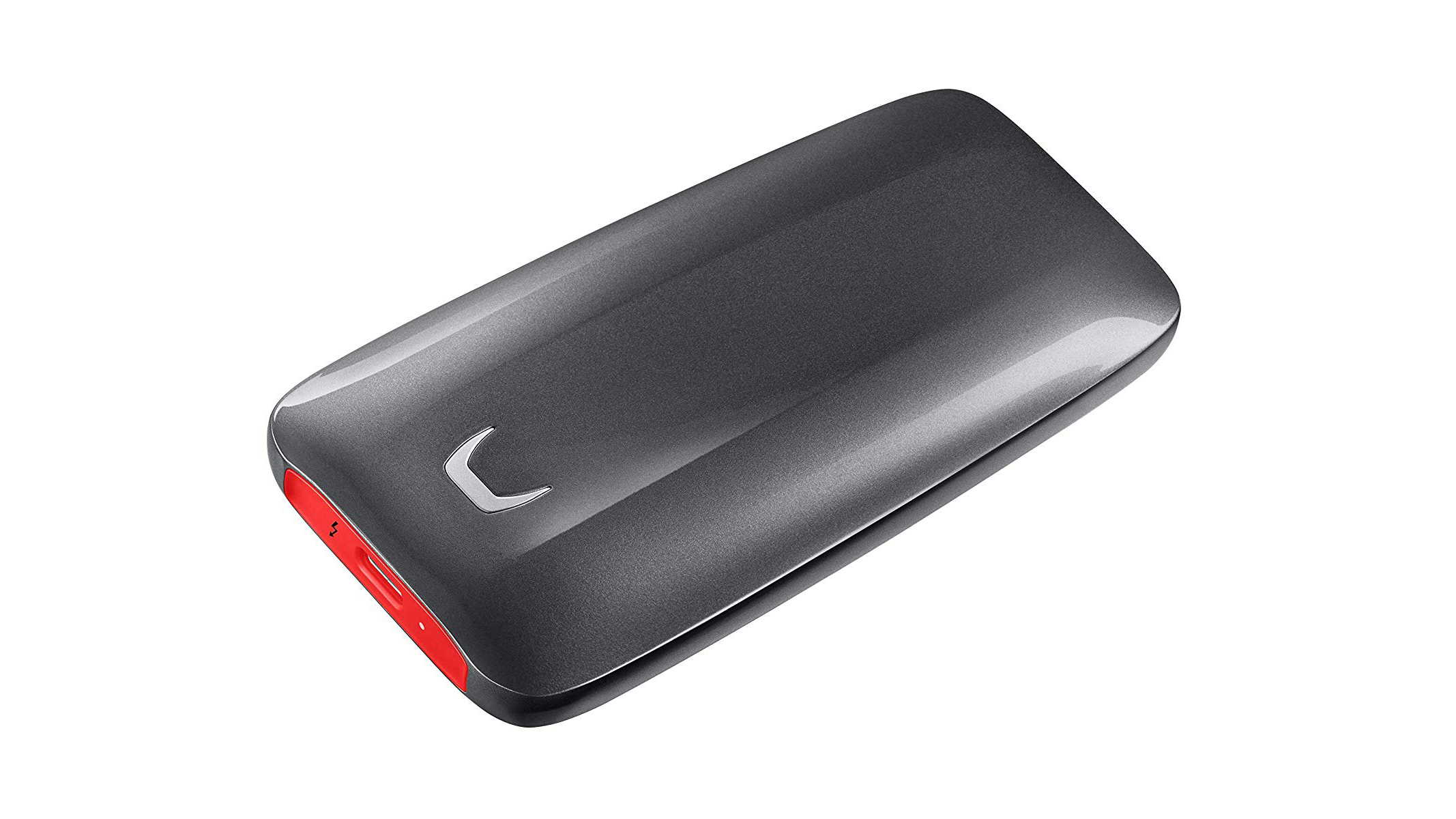 If you’re a creative or a professional, and you need an external NVMe SSD that’s going to save you time rather than waste it, you might want to give the Samsung X5 Portable SSD a look. Thanks to its use of Thunderbolt 3, rugged magnesium build and AES 256-bit encryption, it’s fast, secure and durable – everything you want in an external SSD in which to store all your hard creativework. This isn’t a cheap accessory, but this is one of the best SSDs and is priced as such. Everyday users may want to look elsewhere, this is all about sheer speed.

Gabe Carey has also contributed to this article