Apple, Google warn Obama that snooping is not the solution 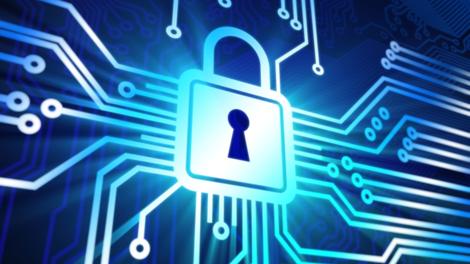 Although Google, Apple and Microsoft are fierce rivals in the tech space, the three giants are united in their message to US President Obama: butt out, and don't mess with encryption.

"We urge you not to pursue any policy or proposal that would require or encourage companies to weaken these technologies, including the weakening of encryption or creating encryption 'work-arounds,'" the Information Technology Industry Council and the Software & Information Industry Association wrote in a joint letter. "We appreciate that, where appropriate, law enforcement has the legitimate need for certain information to combat crime and threats. However, mandating the weakening of encryption or encryption 'work-arounds' is not the way to address this need."


US technology firms are concerned that weakening encryption would be detrimental to safeguarding consumer privacy, leading to economic harm. Encryption is the technology used to scramble electronic messages so that only the intended recipient can read them. Encryption is used to protect consumers and businesses, and it is used in medical, financial and other sectors.

The government, including the Obama administration and the Federal Bureau of Investigations (FBI), on the other hand, had argued previously that smartphone encryption technology used by Apple and Google could hinder criminal investigations that may result in thwarting terror threats or stopping kidnappings.

Tech companies have criticized the government in light of surveillance revelations made by former government contractor and whistleblower Edward Snowden. Facebook CEO Mark Zuckerberg advised that the government needs to be more transparent about its intentions or people "will believe the worst."

Apple CEO Tim Cook argued that people have expectations to privacy. "The American people demand it, the Constitution demands it, morality demands it," Cook said in a speech at the Electronic Privacy Information Center.

The cost of government surveillance


Business concerns over economic harm as a result of US surveillance efforts may not be unfounded. A recent study published by the Information Technology and Innovation Foundation estimates that tech companies may stand to lose up to $35 billion next year as a result of an international fallout.

The companies expressed an interest in working with Obama in coming up with a solution that would balance the need to protect user privacy and the interest of national security.

"We are committed to finding pathways forward that preserve security, privacy, and innovation... We look forward to continuing this discussion with your administration," the companies said in their letter.

The White House has not shown any indication that it would act against privacy advocates. In a recent interview, Obama said he understands both sides of the argument.

"I lean probably further in the direction of strong encryption than some do inside of law enforcement," the president said in an interview with Recode. "But I am sympathetic to law enforcement because I know the kind of pressure they're under to keep us safe. Now, in fairness, I think the folks who are in favor of airtight encryption also want to be protected from terrorists."