The best Acer Swift 3 prices, deals and sales in June 2020

When it comes to getting a cheap ultrabook, the new 2020 Acer Swift 3 is definitely up there with the very best you can buy right now. Considering it's a fraction of the price of a new Dell XPS or MacBook, and features similar baseline specs (and aluminium chassis), it's a downright steal.

Whether you're in that initial Acer Swift 3 price research phase or squaring up for a deal, then we've put together this resource to not only help you save some cash, but help you weigh up your purchase as well.

Generally starting at a $629 / £599 price point, this great little ultrabook was ranked highly in our Best laptop 2020 feature, where we called it the best value budget laptop you can buy right now. Below you'll find the current models on offer, their pros, cons, and also the very best Acer Swift 3 prices available right now. 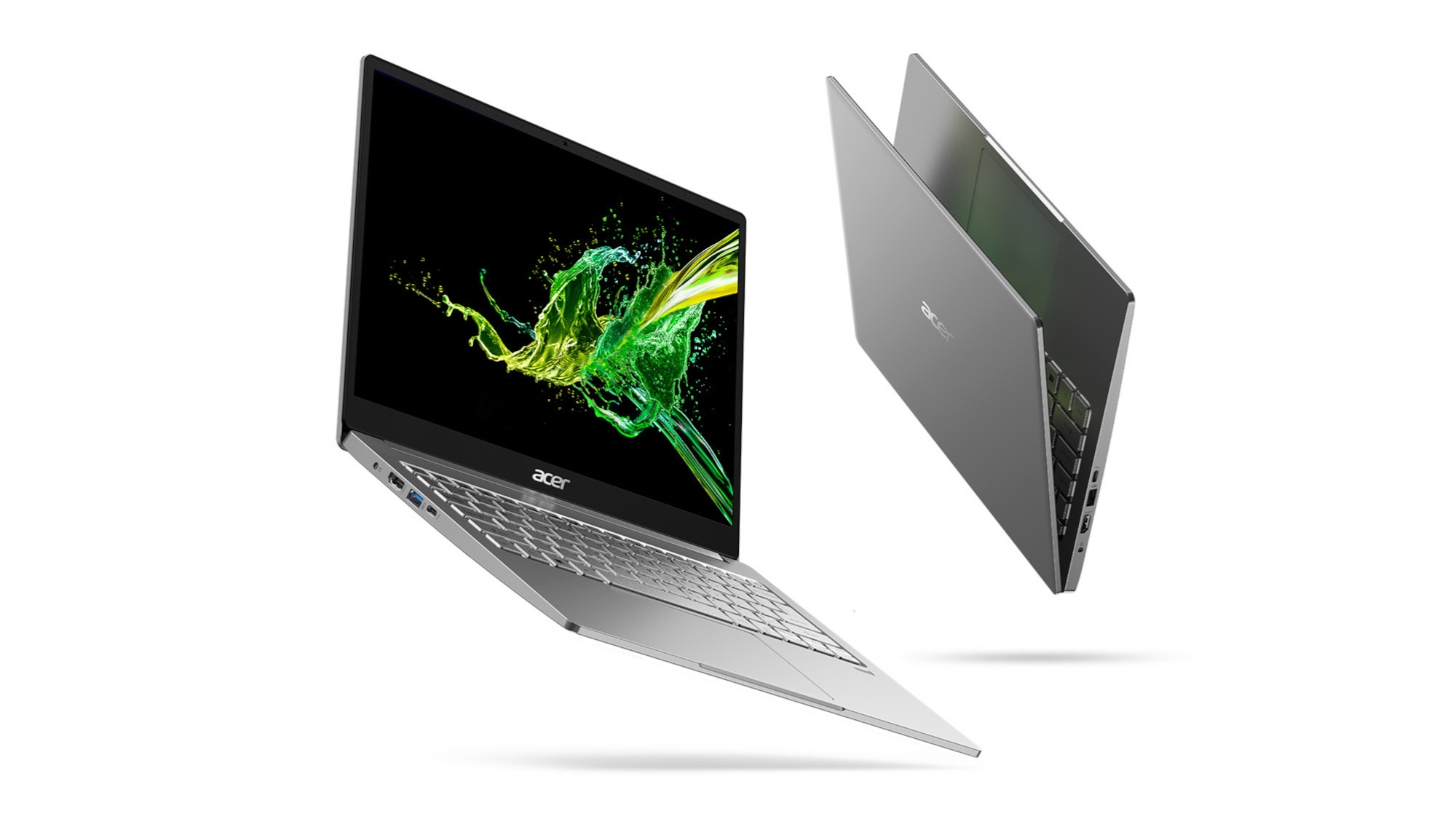 
A cheap ultrabook that punches above it's weight

For entry level models, baseline specs and prices differ depending on your location. If you're in the US you've got the advantage of being able to get your hands on a new Ryzen equipped Swift 3 which retails for $629.99. This AMD variant contains a 4th gen Ryzen 5 4500U - which comes complete with it's own integrated graphics and clocks in at an impressive 2.30 GHz on each of its 6 cores. If you're in the UK, then the baseline models have a 10th gen Intel Core i3 and retail for £599, which is just about the cheapest all aluminium chassis ultrabook you'll find anywhere.

The mid-range flagship 10th gen Intel Core i5 models retail for $699 / £699 currently, and features integrated Intel UHD graphics, 8GB of RAM, and a 512GB SSD - which is a nice bonus that sets you back a serious premium on the Swift 3's competitors. For comparisons sake, a new MacBook Pro 13 with similar specs will currently set you back around $1,499, while a new Dell XPS will cost around $1,099, so you're definitely getting some value right here.

Build-wise, the Acer Swift 3 features an all-metal chassis that tapers to a slightly wider point at the rear. You'd think this means extra weight, but the new Swift weighs in at just 2.7 pounds, which is MacBook Air territory. It's also fairly discreet looks wise, which is a welcome addition for a consumer laptop that's got such a wide range of applications.

Our recent Acer Swift 3 review gave this little ultrabook a glowing appraisal. We especially liked how lightweight it was, as well as it's incredible value considering it's performance and premium build quality. 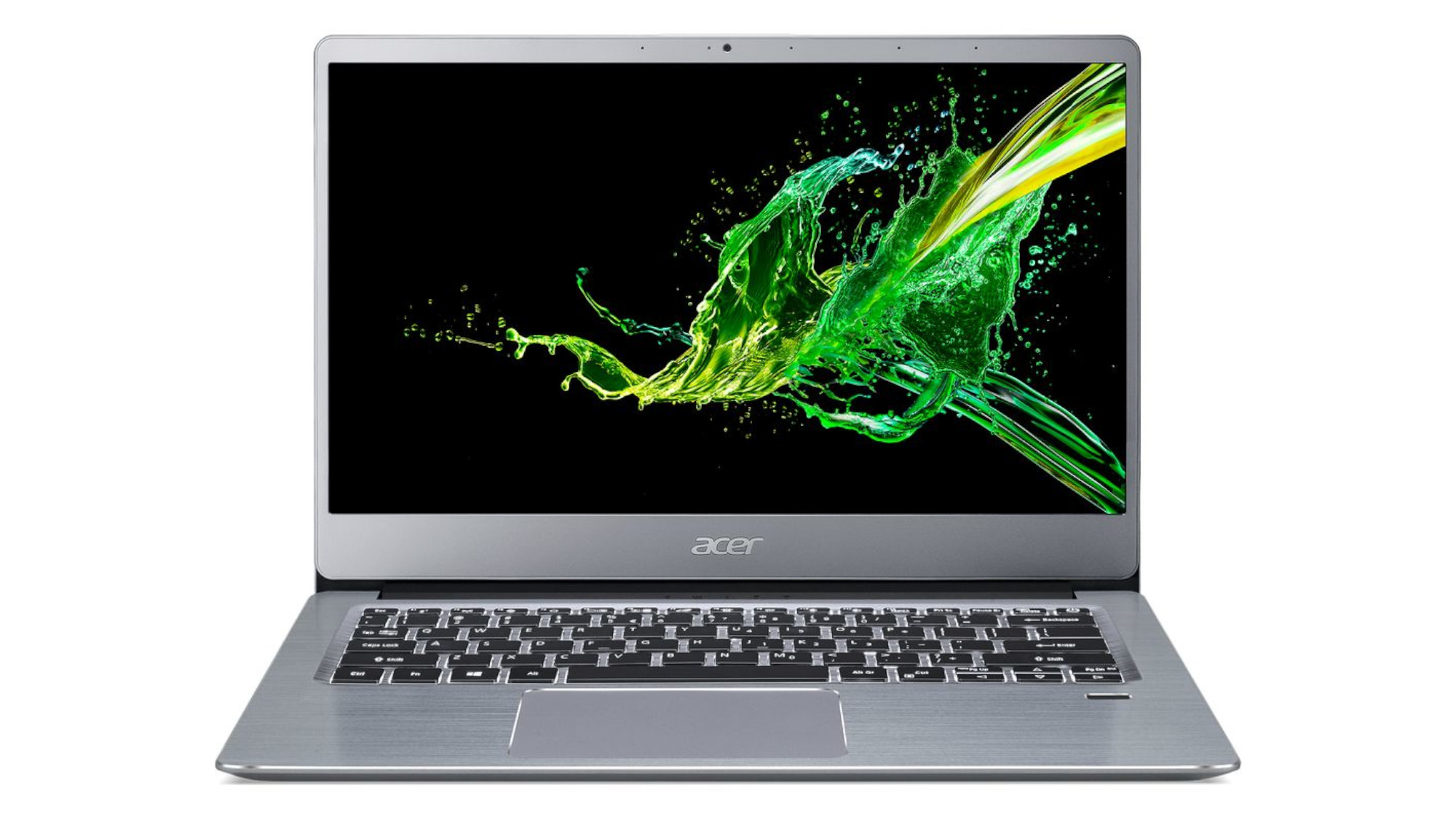 Depending on retailer stock, the 2019 Acer Swift 3 can offer a good, and slightly cheaper, alternative to the brand new laptops above.

While inexpensive, there are indeed a few minor differences to consider when looking at these 2019 models. Firstly, the internals are slightly older - with most of the processors either being 8th generation Intel Core i3's and i5's, or third generation Ryzen 3's and 5's. You are still, however getting fairly generous helpings of RAM and solid state drives - 8GB and 256GB on the baseline models respectively.

On the externals, the older models feature a standard 16:9 aspect ratio screen, while the slightly thinner bezels on the newer models allow a 3:2 aspect ratio and a bigger resolution overall. The 2019 Swift 3's still feature a premium all metal chassis, but they've also got a smaller track pad and slightly older, more cramped keyboard design.

So, there's definitely some compromises when it comes to picking up an older model, however, depending on your location, you can sometimes pick these up for $200 / £200 cheaper than a 2020 model - even more if you catch a clearance deal.


The ultrabook toting audience that the Acer Swift 3 is firmly gunning for actually has quite a few alternatives, although most of them don't offer quite as good value for money as the Swift 3.

At the higher-end of the price spectrum are the amazing Dell XPS 13 and latest HP Spectre x360, which feature similar specs to the Acer Swift 3 on their baseline models, but have much better screens. This comes at a much higher premium though, as the price comparison just below will attest to.

Closer to the price range of the Acer Swift 3 is the Lenovo IdeaPad range and the latest Asus Zenbook's, which generally retail for around the same price points as the Swift 3. Depending on what's on sale over at Amazon and other big retailers, both these laptops can offer an attractive alternative to the Swift 3, but keep an eye out and pay close attention to specs like their processors and SSDs. If they are 8th gen Intel processors or earlier, then it's a dead giveaway that these aren't the latest ultrabooks on the market. Similarly, manufacturers tend to try and save a little bit of cash by putting in a 256GB SSD instead of a 512GB, which you can pick up for fairly cheap on an Acer Swift 3.


If you want to go even cheaper, then we recommend heading over to our best cheap laptop deals page, where you'll find a well researched list of excellent options for under $600 / £600.

Where to find more Acer Swift 3 deals and sales


If you'd like to check the best retailers directly we've compiled a list of useful links just down below so you can find the best Acer Swift 3 prices not featured above.


As we've already stated, there's some great ultrabook alternatives you can check out right now. We've got dedicated pages on the best HP Spectre X360 deals and the best Dell XPS deals, which cover these superb, high-end laptops. We've also got the best MacBook deals, where you'll find all the best prices on Apple's ever desirable range of excellent laptops.