On my PC in addition to my main hard disc I keep two older discs partly for sentimental value, partly for backup options and partly so I have an old version of windows 7 I can log into whenever anything goes badly wrong on my main OS (Windows 10). I don't really need them, or so I thought. Recently my PC suddenly complained it couldn't access one of the older discs, and then on every subsequent restart it would take time to do a disc check on that drive, and then run incredibly slowly from then onwards through the loading of windows and the general running of the machine after login.
So I imagined that maybe that hard disc was the problem, it had failed in some way and I should just disconnect it to solve the problem.

But when I did I suddenly found my main hard disc no longer boots at all. I can still get into Windows 7 on my other slightly less old hard disc, and from there I can read all the files on my main hard disc as normal. But even when I disconnected that drive my computer refused to boot at all. And even after reconnecting all drives it doesn't even revert to the original state of a very slow boot into windows 10.

I suppose I could buy another disc and install a fresh copy of windows and copy everything over from my main disc but I thought I'd run this by you first in case it's something people have encountered before.

it sounds like the two older drives, at some point, one of them was the main drive with Win7 on it.
then you got another drive, and installed Win10 on that, but with the original Win7 still connected (been there, done that).
the boot record is most likely on the Win7 drive which looks like is failing, or failed.

I would download Windows Media Creation Tool and make yourself a bootable USB stick with Win10.
backup all your files you want to keep.
then disconnect both old drives.

then reload Win10 afresh, on to the main drive. (not sure a repair install goes down to the level of checking if the drive is bootable)
during the install process, you should be prompted with a screen that lists all the current partitions of the main drive, I'd delete them all and let Windows configure the drive how it deems fit.

you'll then have a bootable system which is independent of the old drives or Win7, which is what you want.
the old drives can then be reconnected to access any data. but you have lost the ability to boot to Win7.
but on that front, I would use the Win7 install DVD or download a Win7 image and install a Virtual PC software, like VirtualBox or VMware Workstation or even the inbuilt one in Win10 called Hyper-V (but it only comes on Win10 Pro).
then from within that virtual machine software, install Win7.
this will create the Win7 OS into a virtual hard drive (in other words, just a file) on to your physical drive.
having other OS's available this way doesn't require the PC to be restarted, all live on the same drive (if desired) and can share the current physical hardware.

but maybe other members will have a quicker solution.
Reactions: Saxbend
•••
S

Thanks so much. It never occurred to me that booting would involve the older disks. I suppose what I should have done in the first place was wait until I had installed Windows 10 on the new disc before connecting the old ones when I first built this machine.

I think I'm going to have to ask a friend to create the bootable USB stick as I now can no longer boot into any operating system at all, no matter which discs are connected or not. Am I correct in thinking that would allow me to boot into my existing version of Windows 10 enabling me to do all the backups I need before I do the fresh installation?
•••

no, the bootable USB stick mentioned in my post is to be able to reload Windows 10 from that bootable USB medium.

now, since you can't boot into Windows to backup stuff, you'll need to create another bootable USB stick but this one has a Linux distro on it, like Mint or Puppy. boot the PC with this stick connected (setting the BIOS to boot from USB devices first) and it'll get you into the PC albeit under Linux instead of Windows, but the drives (if still readable) will be available.

just an idea, but if the current primary drive isn't a solid state drive, would now be an ideal time to upgrade, since you are going to reload Windows anyway, might as well consider doing that task on to a new, fast drive.

Ok thanks for the clarification. I have had some luck and got back into Windows 10 today. I then disconnected the failing drive after logging in and have successfully backed up my files and I'm getting on with as much work as I can before I go away on holiday. I've also got a USB ready to be passed to me on Saturday. For some reason I can't use the media creation tool myself - it doesn't download anything despite my internet working fine, even with my firewall switched off, but fortunately I managed to talk an elderly relative through the process over the phone. Meanwhile I have found an ISO of the windows 10 dvd (no idea where my original copy is). Unfortunately my computer isn't recognising any contents of my DVD drive at the moment, so I'll see if another restart will do the trick, but I'm not going to risk trying that until I've met my work deadline.

One thing that may or may not be informative is that on this bootup the disk check of the failing volume actually went through various stages with numbers counting up normally, when previously it would go straight to 100% complete and then hang there for a while. I am not too optimistic that that means my hard disk has been at all repaired but I thought I'd mention it in case it means something.

hard drives have this knack of knowing when you need them most, and decide that would be a great time to go pear shaped!

yes, even if the drive is now 'good', you certainly can't trust it with any reliability factor worth a ****.
Reactions: Saxbend
•••
S

I think I've done it without a new hard disk or a usb stick. These are the steps I've taken.

I managed to burn the windows 10 ISO onto a DVD-R and booted from that. The automated repair didn't achieve anything. I gave it four hours and then gave up.

So I tried out some manual steps in command prompt instead.

I googled for ways to write a new boot record.

Here are the links to the two pages that told me what I needed to know:

If your Windows PC is throwing an error message at you before it even begins to load Windows, it’s possible that the boot sector on your system partition is damaged, corrupted, or has missing files. Here’s how to troubleshoot those problems. 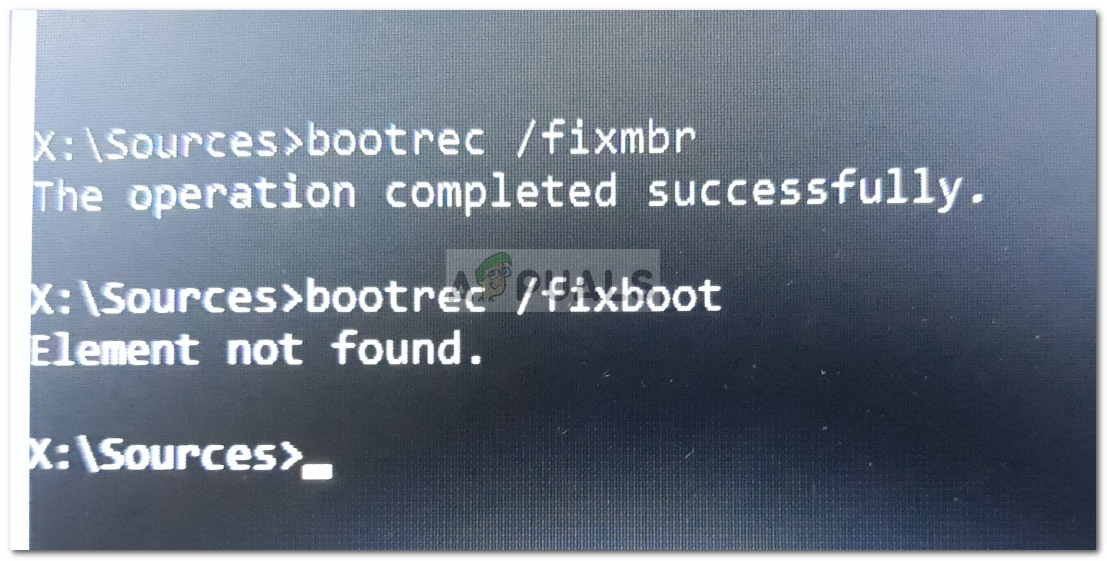 The error ‘Element not found’ is often caused by inactive system partition or if the EFI partition is not assigned a letter. This error occurs when users


First I tried bootrec /fixboot but got "Element not Found"
So then I googled for that error and found a solution using disk part, select disk, select partition, active.

I then successfully used bootrec /fixboot.

I removed the DVD, restarted and am now logged into my familiar windows 10 with things running nice and smoothly. I have decided not to reconnect either of the old hard disks. I have everything backed up elsewhere anyway.

Thank you so much for all your help. I wouldn't have known where to begin otherwise.
•••