Hello. Been having some issues with Windows 7 recently deciding to turn my desktop icons into black boxes.

When it initially happened, I found a solution on a windows help forum, that advised to change a registry key. This fixed the issue, but it eventually came back. When it happens now, I can restart my computer and the icons will initially show as black, and then after a pause in loading, they change to their actual icons. Randomly while using my PC, if there is a refresh rate or resolution change, the icons will revert back to black, and will stay that way until I restart the computer again. Not all icons change to the black box, just the unique ones. Default icons like folders, text files, and the recycle bin remain the same while everything else changes to a black box, including picture thumbnail icons.

I also deleted my icon cache and db, after seeing advice to do so on another windows help forum, but that did not seem to do anything.

I have a very capable computer, 4790k & state of the art SSD my O/S is installed on, and have never experienced this issue in the past on my old AMD computers. Computer was last formatted around May 2016.

The icons still work and are correctly labeled, so it's not the end of the world.. but I would like to fix this once and for all, so that everything is not represented by black boxes and the icons are easily identifiable.

It feels kinda silly asking for this kind of help here, as I have a background in IT and am the go-to guy in my family and circle of friends to fix any technology/computer related issues.. but here I am.

Thanks to those that took the time to read this, and perhaps even chime in with some ideas on what to do/where to look next for a solution.

Welcome to PCHF Lets get some info from your machine, to get things rolling. These logs will give me a summary of what is going on and speed things up.


Download Autoruns and Autorunsc Unzip it to your desktop and then double click autoruns.exe
After the scan is finished then click on File>>>>>>>>>>>Save
The default name will be autoruns.arn make sure to save it as Autoruns.txt under the file type option.
in other words make sure it is a .txt file instead of .arn Attach the text in your next reply.

1- Please click HERE to download HijackThis.
2- Run the program.
3- Click on the Main Menu button if not already there.
4- Select Do a system scan and save a logfile.
5- Copy paste the log here.
M

Article I was linked to: https://answers.microsoft.com/en-us/windows/forum/windows_7-desktop/removing-shortcut-arrow-from-desktop-icon-without/81ae6b58-4b2e-41ed-a963-a052b4805bf0

Gonna try that out and see if using the method for removing the shortcut arrows in that program fixes the issue. I'll report back with my results.

Rebuilding your Iconcache.db with a small tool attached to your right click menu. 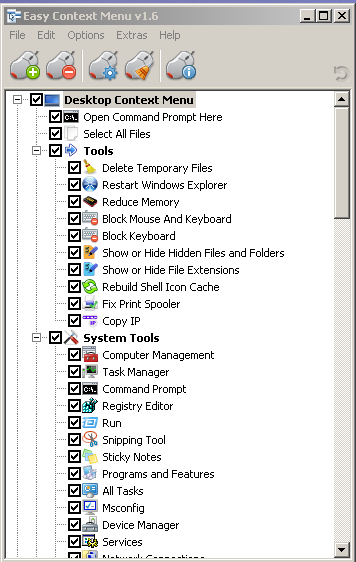 We will replace the iconCahe.db file. First thing to do is create a restore point.

If the above does not work, then we will replace the IconCache.db file.
First right click anywhere on your desktop and select show or hide hidden files or folders.
Download this IconCache.db save it to your desktop.
Open the file location C:\Users\Your User Name Here\AppData\Local
To do that copy and paste the above file path in your search menu.
Hit enter then double click to open the local folder.
Right click on the iconcache file, then rename it to IconCache.old

Now unzip the IconCach.db file you downloaded then drag it into the same folder where you just renamed the file.
Close those windows then right click anywhere on your desktop and select rebuild icon cache.
Reboot the machine and let us know if it resolved.

Download the icon cache delete .bat tool.
Save it to your desktop and unzip it there.
Now download Process Close Save it to your desktop.
Close all open Browsers at this point -- Save any unsaved work, this tool closes explorer.exe!!
Right click Process Close and run as administrator.
Click on Browse [...]
Then double click Users folder.
Then click on Desktop.
Find the icon.bat file Right click and select run as admin.
The .bat file should restart explorer, at this point your icon cache should rebuild.

Please report back and let us know how things went.

@Mordecai Walfish How about an update for us?
M

After testing for a couple days here, I can safely say this problem is resolved.

The issue was indeed the removal of the shortcut arrows.
The registry editing method is what caused it. I removed the registry entries I made before to remove the shortcut arrows, and then rebooted my computer, and then used the Ultimate Windows Tweaker program to remove them again, restarted after that, and have been using the computer heavily the last couple days to test to see if it would come back, and can safely say that it is fixed now. The shortcut arrows are still gone, and the icons are not appearing black, even after refresh rate and resolution/scaling switches.

I really appreciate you coming back and giving a detailed answer. This will surely help someone in the Future!! Have a great day.
Reactions: Mordecai Walfish