This latest crash was USB related and namely USBXHCI.sys which is nothing to do with your RAM or your Samsung device.

If your second stick of RAM is the exact same spec as the present 2666MHz stick you should insert it into slot B2 so that both sticks of RAM are populating the two slots as is shown in the attachment in my reply #35.

Once you have inserted the RAM, restart the computer, go into Device Manager and check for any yellow ! or red X against any of the USB devices, be sure to click on the View tab so that you can check for any in the Hidden Devices option as well, once done, run Speccy and post the new url for us so that we can check that your RAM is behaving as it should.

I will do it today and I will make update for you later with speccy URL. Btw, XMP is turned off in bios, should I turn it on?

XMP needs to be enabled else the RAM will only run at the stock speed of 2133MHz.

Hi.
Tomorrow I'm going to meet with my friend and we'll put those ram sticks. Btw, for today, I made dual boot on my Pendrive with ubuntu 20.04 on it and I will leave my PC overnight and see if there are any BSOD. My other friend told me that Linux will show much more info about a bad driver when my PC crashes in /var/log and in ,,demsg". What do you think about that?

Windows and Linux do not use the same drivers so there is no comparison I`m afraid, running Linux to see if a computer still crashes is something that we often do btw.

Hello.
Unfortunately, Linux gave no crashes even though I left it overnight for about 10h. On windows, I mostly have BSOD just after 2 hours.
Today I will put in this stick of ram (2666) and enable XMP in BIOS, then check in device manager if I have any yellow !'s or red X's, and after, I will post a speccy URL.
I will update you as soon as possible.
Greetings,
Oliwer.

Proves that your single stick of 2666MHz RAM is ok but without the other things being done and the computer then being used as it normally would be it is not possible to comment further.


phillpower2 said:
You have incompatible RAM for your i9 9900K CPU which requires a minimum of DDR4-2666MHz, specs here you have two sticks of 2133MHz RAM fitted which is bottlenecking your unlocked processor, to resolve this you need to get rid of the slower RAM
Click to expand...

All you have done is increase the amount of slow RAM you have and is not in with keeping with what you said that you intended upgrading to;


Exyztence said:
Hi!
Wow, literally I didn't know that info about my ram. When I was buying it, there was written it is 2666mhz but when I checked now in speccy it is 2133.
I have changed my power plan to balanced.
What should I do now? I can without any doubt buy new ram, this one would be okay? 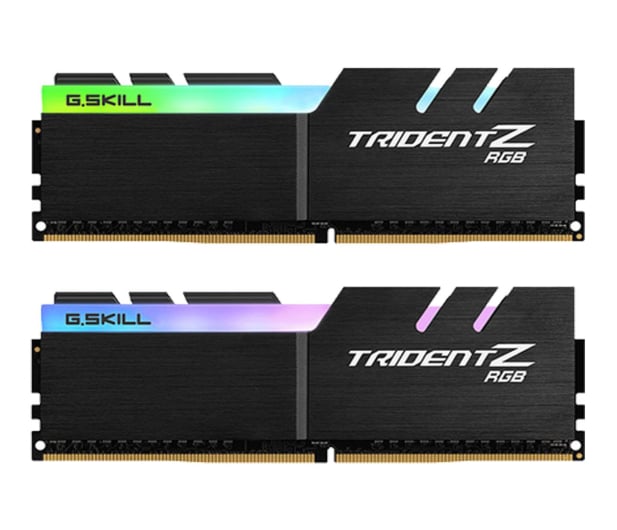 If you put two different speeds of RAM in a MB the faster RAM is automatically clocked backwards to the speed of the slower RAM, XMP does not and cannot make any difference, the slower speed of RAM is not capable of running at the faster speed whereas the faster RAM is easily slowed down to match that of the RAM with the lower clock speed.

Put only the two sticks of 2666MHz RAM in the A2 and B2 slots as has been previously advised.

Check in the BIOS that the RAM is running at 2666MHz.

Any further crashes after doing the above.

Upload any crash dmps that have happened since you only had the correct speed of RAM in the board.

Hi.
I apologize for the delay, but I had plenty of work to do and didn't have time for it.
I have x2 8gb ram 2666mhz in slot a2 and b2 (2 and 4).
Speccy URL: http://speccy.piriform.com/results/Jx8AdbLgbXOINTjlrgJQzUr

RAM is working as it should and has no issues.

The other dmp mentions USBXHCI.sys again but in addition it this time flags up Razer synapse service which is a well documented problem with Razer software (a common thorn in the side).

Suggestions and a couple of links for you below;

Disconnect all Razer hardware from the computer.

Use a generic mouse and keyboard, use the computer as you normally would to see how things go.

In addition to the above;

Once you have gotten rid of the Razer software and are using a generic mouse and keyboard;

Go here to see if there is any firmware update for your Samsung SSD.

Download the Samsung magician software from the same Samsung link above.

Use the Samsung Magician tool kit to test your SSD.

Post back with an update when you are ready.

Still seeing the multiple AVs in Speccy so have to be honest and inform you that if you still have issues after doing all of the above you have no other option than to clean install Windows, the MBs chipset and storage drivers and finally the GPU drivers.

After clean installing Windows 10 I would strongly suggest that you stick with the perfectly good Windows Defender and Firewall, you will be/are avoiding creating potential conflicts and taking advantage of one of the best AVs & firewall that you can get, neither are free as you paid for them when you purchased Windows itself which is one of the reasons that both are well supported.

After your message, I plugged out my mouse pad (I had a razer RGB mouse pad) and my PC has 9-hour uptime. It never lasted for so long so maybe it is the solution. I will also leave my PC overnight to check if it resets, hope it will not.
I will update you when something happens!

Exyztence said:
After your message, I plugged out my mouse
Click to expand...

Does that include uninstalling the software for it as well.
Reactions: Exyztence

phillpower2 said:
Does that include uninstalling the software for it as well.
Click to expand...