The issue is that the screen turns black after Windows loading – not “no signal” and not before loading Windows (I can get to the BIOS and safe mode) Everything other than the video seems to run perfectly fine in the background – I can hear system sounds and the IPS display is just projecting a black screen. (it is on)
If I uninstall the driver in Safe Mode or even format the SSD, clean install new Windows, clear CMOS, it works until I install the Nvidia driver again (or when Windows update installs the driver) The screen seems to turn black as soon as output is changed to 4k. Before that happens, I can see very faint vertical lines. (not black bars, but thin lines where the monitor seems to be displaying lower opacity)

It is very strange because I have had the GPU serviced by Amazon – they returned the GPU and said they “fixed” it.
I have been using my laptop with the same monitor and HDMI cable and I get crisp 4K image from it. The problem also occurs with an HDMI and Display cable from the GPU.

Last weekend I took my GPU, ram and SSD to a friend’s house where we tested them in his PC and they all seemed to work fine, although we only tested outputting 1080p image. We were not seeing the vertical lines at any point. Therefore, I assumed it was the Motherboard / PCIE slot, as I thought it was the only part I hadn’t tested, so I bought a new motherboard and basically re-build my PC in it last night, which of course did not help…

I have tried replacing the 8pin cable from the modular PSU, but haven’t tested with another PSU. It’s a 200W GPU and a 65W CPU on a 850W PSU, so it couldn’t be an insufficient power draw?

Any help or suggestions would be greatly appreciated, as I have been unable to get to the bottom of this for nearly a month...

• Monitor - LG UHD 27UL650
The problem occurs on a formatted and fresh install of Windows 10 when the latest version of the Nvidia driver is installed (during the installation process after the black screen / resetting of device) or even when Windows installs a video driver through Windows Update.
•••

Lost in the internet

What driver version are you using
•••
I

Updates:
• I borrowed a GPU from the office and tested with it in the system. The GPU is AMD FirePro W7100. I could get 4K as soon as I slotted in the GPU, however, the vertical lines across the scheme were still visible. As soon as Windows automatically installed a generic AMD driver, the screen was covered in artefacts. I paused Windows updates, cleaned the driver and installed the specific driver from the AMD website for the W7100. This resulted in the exact same issue as the Nvidia GPU - black screen during the driver installation process and subsequently after Windows loading in.
• I also tested with a second monitor, just to make sure - no change.

And the problem could not be replicated at a friend's system using the GPU, SSD and RAM.
•••

and to further summarise, if I have read all that right, everything on your PC is fine UNTIL the latest graphics driver is installed?

but at the friend's house, your GPU with the latest driver didn't cause any issues?

Bruce said:
and to further summarise, if I have read all that right, everything on your PC is fine UNTIL the latest graphics driver is installed?

but at the friend's house, your GPU with the latest driver didn't cause any issues?

as stated in post #2 and #4 - what driver version are you using that is causing this?
Click to expand...

Hi Bruce,
Yes... I can't explain it and am running out of parts to test / replace...
The same problem occurs when the latest driver is installed for the specific GPU (June 2021 for the AMD, I think, as it is an older card and the latest Nvidia driver for the Geforce card - both through Geforce Experience and manually downloading it by selecting the model on the Nvidia website)

Could graphical problems like these be caused by the CPU? It's pretty much the only part that has remained constant for the last month. That and the PSU, but it ought to be getting plenty of power.

P.S.
I have been cleaning the drivers in Safe Mode with DDU before installing a new one and all of this is happening on a brand new copy and installation of Windows 10.
•••
I

• Photo of lines appearing on the screen at 4K using the AMD GPU before the driver is installed. (same lines appear on the Nvidia GPU, but more zoomed in because of the lower resolution) 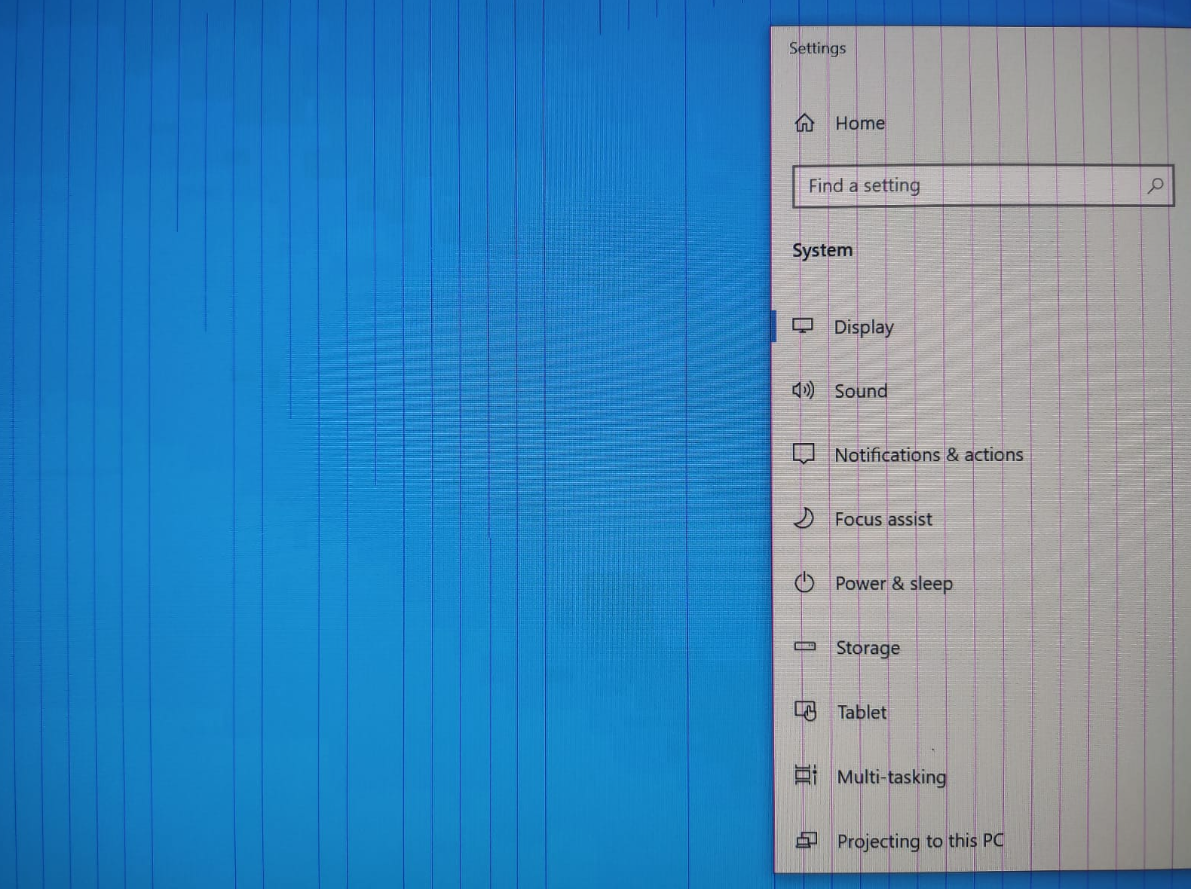 • Photo of the artefacts using the AMD GPU if Windows Update installs a driver for it automatically before I could download the specific one. The Nvidia GPU's driver could not be installed through Windows Update and the generic Microsoft driver only allowed lower display resolutions before the driver downloaded from the website / Nvidia Geforce presumably changed the resolution to 4k native and only a black screen could be seen. 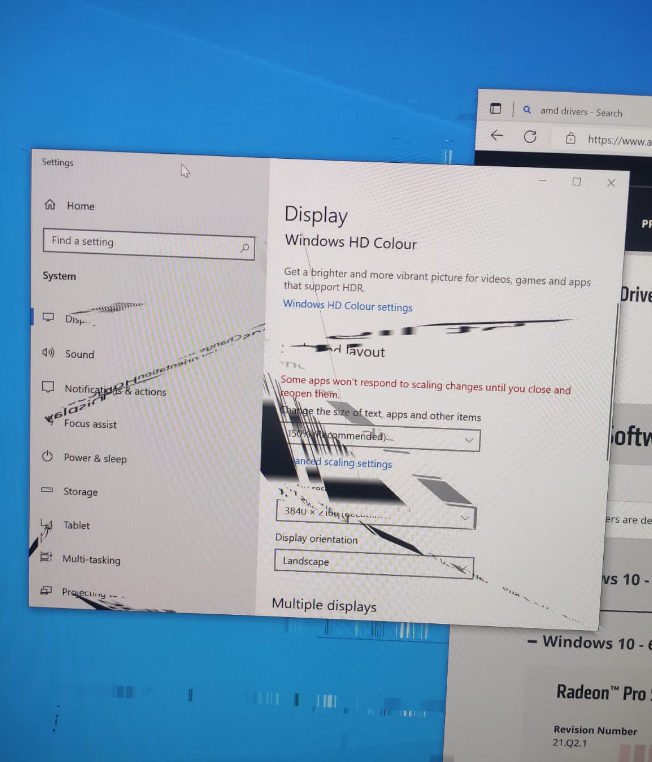 Lost in the internet

OP logged in without updating.
assuming all is good.
•••