Apple’s MacBooks could use an innovative plastic and metal construction in the future to make devices which are better built and more robust, and also offer improved levels of protection against spills.

According to a recently granted patent published by the US Patent and Trademark Office and spotted by Patently Apple, the MacBook maker is working on a process whereby plastic is bonded to metal to create something stronger and more durable than an all-metal laptop.


Apple’s patent also observes that such a construction would mean less holes and openings in the chassis, which could mean that the resulting laptop offers a more robust level of water-resistance to boot. 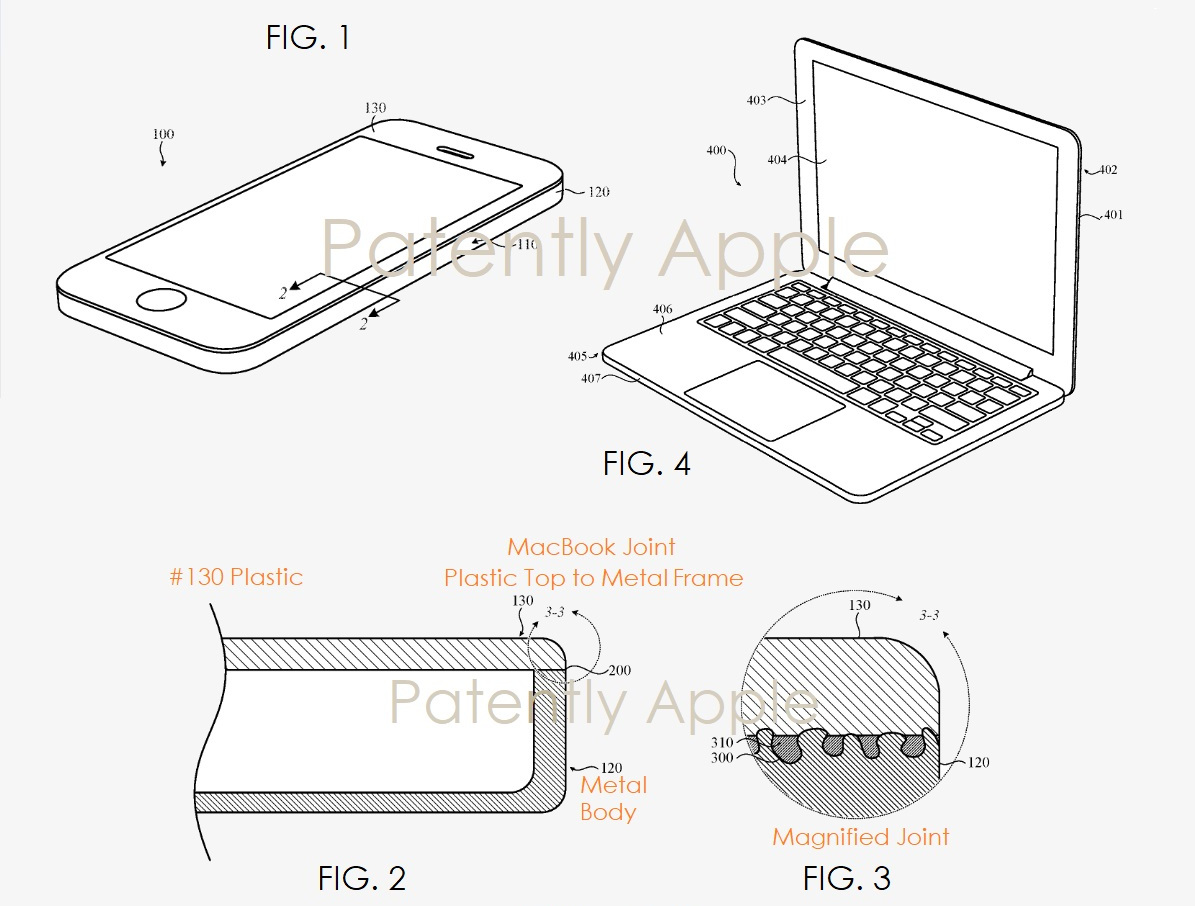 It would seem there are some major benefits in this construction method, then, and while the illustrations provided with the patent show not just a MacBook but also a phone, this is something that’s probably less likely to apply to an iPhone. That’s because Apple is sticking with using glass for the latter in terms of better facilitating wireless charging.

This tech may not even apply to Apple’s future MacBooks though – remember that this is just a patent, and nothing more than that right now. It’s always possible that it may be a more speculative filing, or that it might never get past the research or prototyping phases.


Still, the prospect of a highly durable MacBook which could better cope with knocks and being dropped is obviously an enticing prospect, and if Apple is planning on making thinner-still notebooks, this kind of construction could help with ensuring that such devices remain robust enough despite their slight build.

As ever, we’ll just have to wait and see if this concept is realized down the line. The same goes for another MacBook idea Apple very recently patented, namely a new kind of retractable keyboard which could be another part of the puzzle when it comes to even slimmer laptops.