Go to download
You are using an out of date browser. It may not display this or other websites correctly.
You should upgrade or use an alternative browser.
Overview History Discussion
Windows 10 install unfortunately brings along plenty of excess baggage in the form of applications that not all of us will want to carry. Some, but not all of these included applications can be removed from within Windows itself but not all, and this app we are going to look at now can make it so simple to not only remove the unwanted apps but to restore them later if you ever change your mind.

The Program is called O&O AppBuster, and is free and portable, meaning there's no install to add files all over your system, if fact the app has only 2 files, an executable program file and a configuration file to retain the program settings.

Here's what the authors say about it.
To give it a try head over HERE and download it to somewhere you can find later. There will only be one file downloaded (OOAPB.exe) and the configuration file will be created when the app is run for the first time. The downloaded file is ready to run so just double click it and the app will open and look something like this below. BTW: if you receive any security warnings whilst opening or running this app the you can safely allow the app to run. 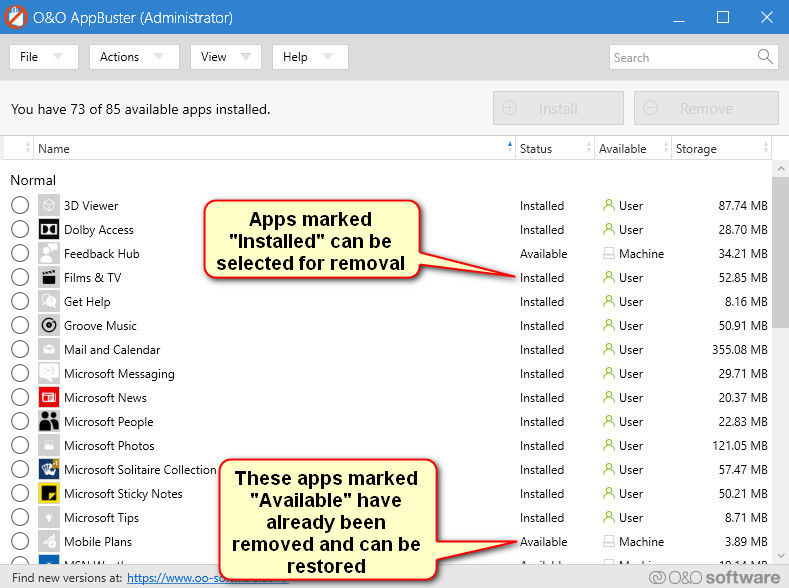 Let's say as examples we want to remove some apps, but before we make any changes we should make a restore point, just in case. To do so click the Actions tab, followed by Create a Restore Point fron the drop down menu. 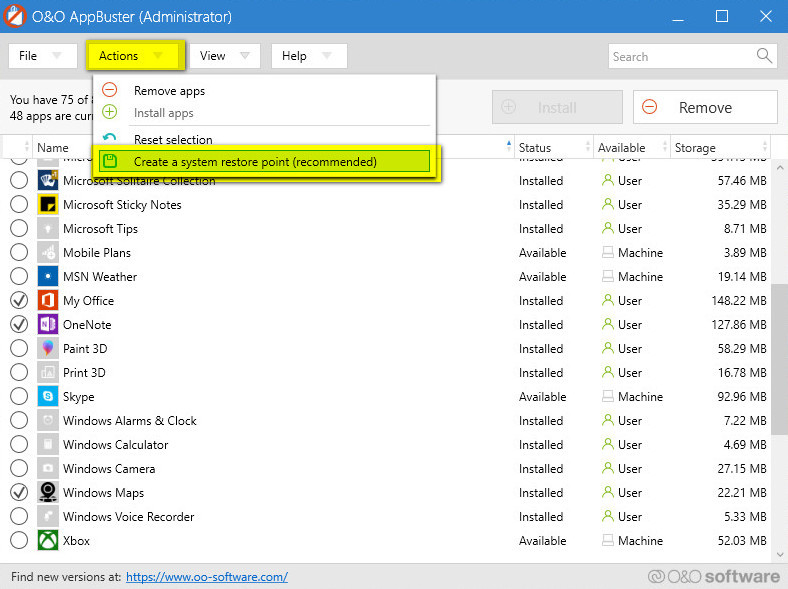 Let's remove My Office, One Note, and Windows Maps. Just tick the circles next to what we want to remove, then select remove. 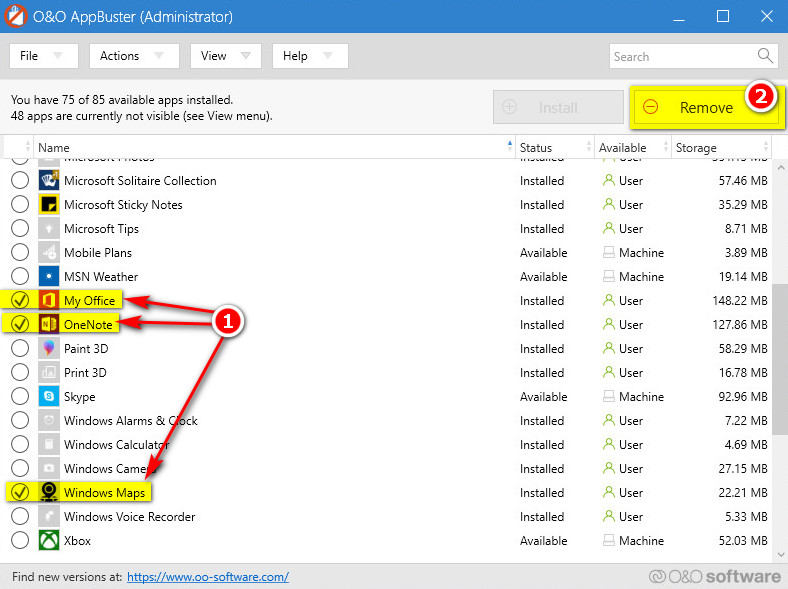 A confirmation box will appear with a summary of what's proposed, you have an option of how the apps should be removed, with the already selected option applying to the current user already selected. This should suit most users so click the OK button. 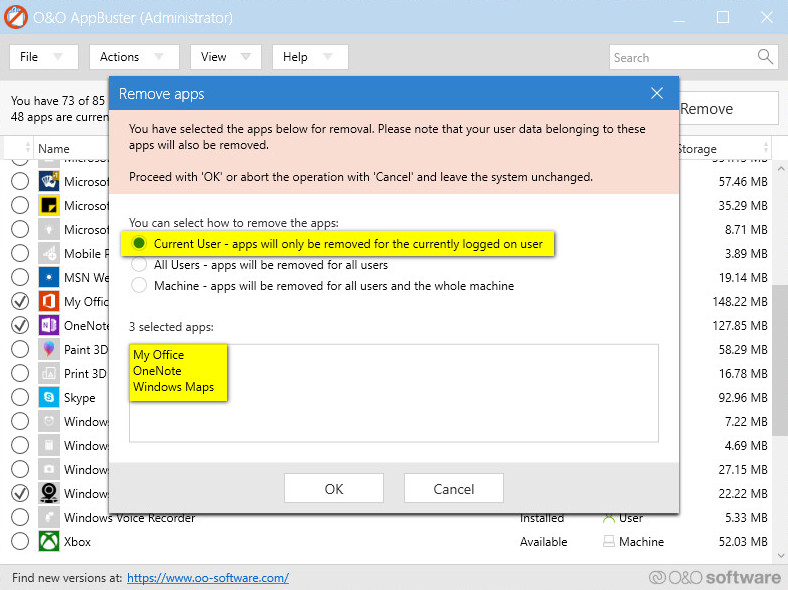 A confirmation box will appear after a few seconds showing the results, click on OK to close it. 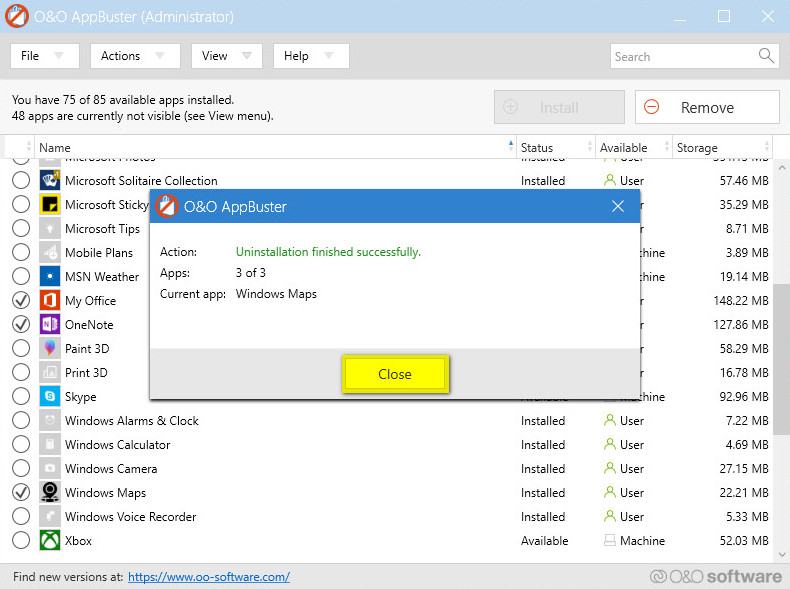 You will now see the status of those three apps has changed from Installed to Available. Should you wish to reinstate them simply re select the circles to the left and this time click Install on the upper right.

Should you have any questions about this guide or any other computer issues then please don't hesitate to ask in our forums.